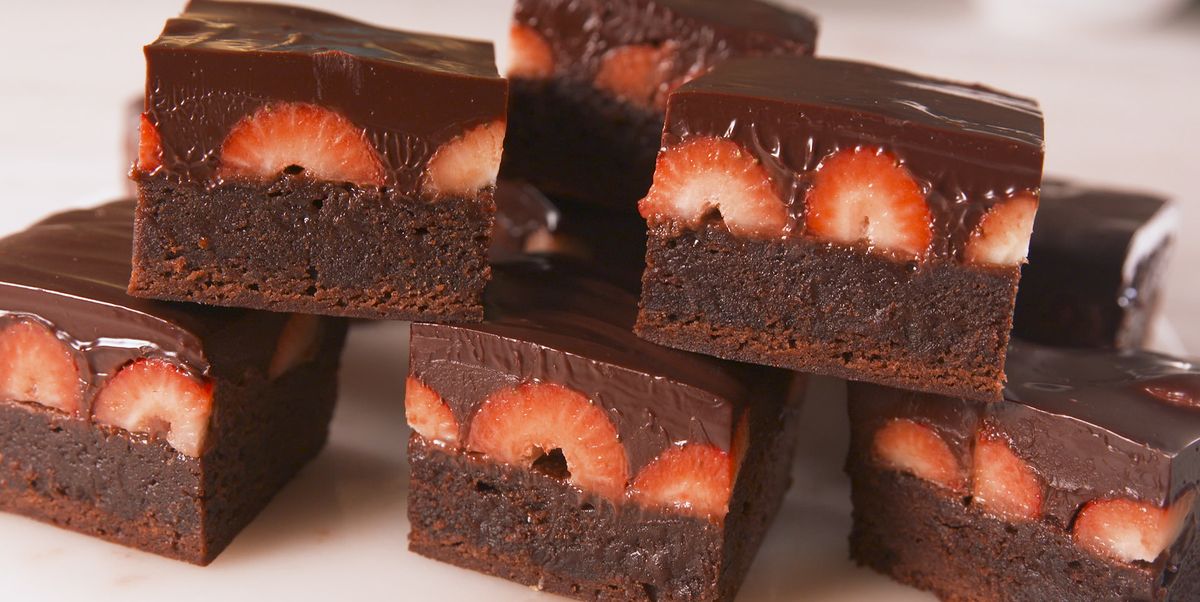 Today is National Have a Brownie Day, which is not to be confused with the actual National Brownie Day of December 8th. No, on this day you aren’t required to make brownies, but rather to simply have them. I suppose you could pick up some brownies at the local market, take them home and put them on a serving plate to be admired. But what’s the fun in that?

Brownies were invented as a “Ladies Dessert.” I’m not sure what that means, especially since my guys love brownies. At the World’s Colombian Exposition in 1893 the Ladies Dessert was introduced at the Palmer House Hotel. The word ‘brownie’ became so popular that Kodak named an early hand-held camera the “brownie”. My first camera was just such a camera.

In 1896, Fannie Farmer, the First Lady of American Cookery, published the first written recipe for brownies. Sears and Roebuck catalog featured the first pre-packaged food “mix” ever sold – and it was for making brownies in 1897.

On a related note; the Colombian Exposition was the theme to the Worlds Fair held in Chicago to mark the 400th anniversary of Christopher’s arrival to the new world in 1492. I guess there wasn’t a world’s fair in 1892, and to say 401st Anniversary just sounds off. Anyway, it was a spectacular event. Hard to imagine these buildings in Chicago. 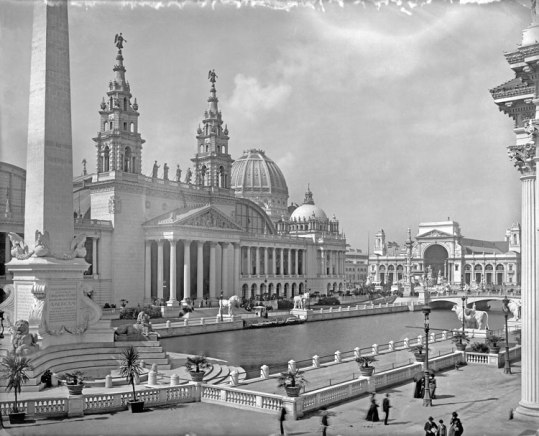 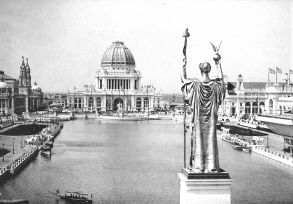 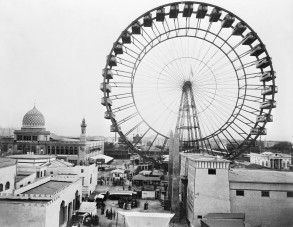 With Valentine’s just around the corner, I thought we could bake our brownie, have our brownie and eat it too. Wouldn’t these sweet brownies make for a wonderful Valentine’s Dessert? What can be more romantic than Strawberries and Chocolate?

Note: The ingredients and instructions for making the brownies are for Duncan Hines Fudge Brownie Mix. If you are using another brand of mix, follow the instructions on the box.

Heat oven to 350 degrees. Line an 8-inch by 8-inch baking pan with parchment paper, leaving some of the paper over the edge to help lift the brownie from the pan.

Prepare brownie batter according to package instructions. Pour batter into prepared pan and bake until a toothpick inserted into the middle comes out with only a few moist crumbs, about 20 minutes.

While the brownie cools, rinse the strawberries. Cut tops, split in half from top to end. Pat dry and set aside. Once the brownie has cooled completely, arrange the berries over the top, covering completely. The patter can be random, in a circle or rows, whatever you like.

Set the strawberry-covered brownie aside to make the ganache.

Place chocolate chips in a medium, heatproof bowl and set aside. Heat heavy cream in a small saucepan over medium heat. When bubbles begin to break the surface around the edges of the pan, turn off the heat.

Pour the hot cream over chocolate chips. Let sit for 5 minutes, then whisk constantly until the sauce is smooth. Pour over the strawberry layer.

Refrigerate brownies until the ganache has set, at least 15 to 20 minutes. Lift the brownie from the pan. Slice into squares and serve cold.

7 thoughts on “Have You Had Your Brownie Today?”