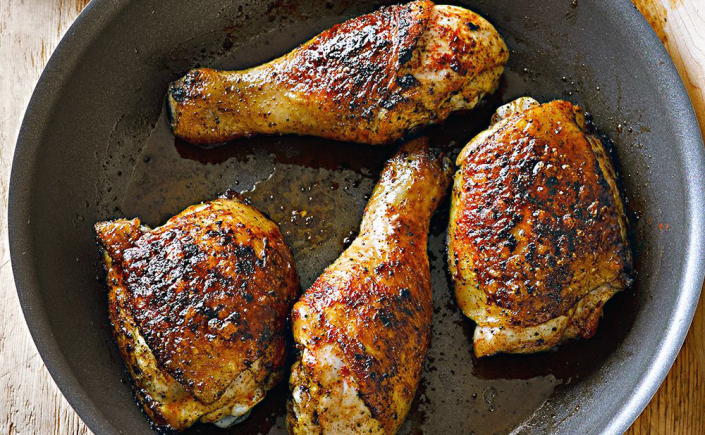 In recent weeks, I’ve been organizing and reorganizing my Yumprint recipe collection.  Originally my “cookbooks” within Yumprint were organized in categories such as a beef cookbook, a chicken, a pork and so forth. In other words, all my beef based recipes were lumped into one book aptly named Beef.  As the collection grew, finding something Italian or French within a sea of Beef or Chicken recipes became increasingly more difficult. While searching through recipes often brought inspiration, it was also a pain if I were looking for a particular type of cuisine in a hurry. Naturally, I went through all my various cookbooks and redefined the recipes (Yumprint sorts recipes in an alpha-numerical listing within each book). the only way that seemed to make sense – I read each recipe, then gave it a country of origin such as Chicken – Italian: Chicken Parmesan for example. This worked well for a while, but did not completely solve the hunt and peck grind. Sure, I could have simply typed Chicken Parmesan into the search parameters, but when you have thousands of recipes to search, it takes a minute. No, this simply would not do – more information was needed. What if I were standing in front of a freezer packed with chicken legs that I needed to use up but did not have clue one as to what I wanted to make with all those legs. Now the focus had shifted from just a country of origin to inspiration using a particular cut of meat. Problem solved. Everything was renamed yet again.  Chicken- French: Chicken Provencal  became Chicken, Legs – French: Chicken Provencal. Now all my recipes using breasts or legs or thighs are lumped into separate groups,  followed by country, followed by the actual name of a dish. As I plunged head-long into this process, I began to notice something that caused me to wonder. Chicken, Breast – American held far more recipes than Chicken, Thighs – American. Why was that? Do Americans eat more white meat than dark, thus explaining a broader assortment of recipes calling for breast? The answer? Yes, we do. Studies indicate that an average, meat-consuming American will eat approximately 60 pounds of chicken a year. (Obviously this study does not take into consideration chicken wings and Super Bowl Sunday). Of the chicken eaten, a whopping 80% of that is breast meat. Wow! The real kicker here is that most professional chefs would rather work with dark meat – thighs in particular. Dark meat is less dry that white meat, it has more depth of flavor and that slightly gamey wow factor. So what gives with the rest of us? There are all sorts of theories floating about, but the bottom line is we need to embrace the deliciousness of dark meat. I for one intend to do just that!

To begin with, isn’t the picture lovely? In all fairness, it’s not mind – the photo; like the recipe, is a William-Sonoma creation (http://www.williams-sonoma.com/recipe/paprika-chicken.html). When I cooked for my guys, they were far to hungry to wait for the usual “photo” section – we cooked, we ate, we enjoyed. Boy, it was good!

This recipe is perfect for a delicious week-day meal. From start to finish, it took under an hour. Okay, so maybe it’s not speedy-quick, but it’s one of the tastiest chickens I’ve prepared in under an hour. I will admit, I did find that the cooking time was a little longer than the recipe called for, but then again I had fairly large thighs in the skillet, so it would make sense. Not only was the finished dish very tasty, it was juicy, too. Hubby and Kiddo have let me know this recipe is a real “keeper”. Now Hubby has always been a fan of dark meat, so it’s no surprise that he enjoyed it. However; Kiddo is funny when it comes to chicken – he rarely likes chicken on the bone, although I don’t have a clue as to why. And he prefers white meat over dark meat hands down. So for Kiddo to say he want this again, that’s two thumbs up. Yeah, it’s good!

As usual, I made a few changes to the original recipe. First off, as the photo shows, William-Sonoma uses legs and thighs in their recipe (3 each). I elected to go with just the thighs (7 – strange package) because it’s what I had in the freezer. As it turns out, the rub was perfect for the amount of chicken I had on hand. I did change the rub just a bit – using chopped roasted garlic rather than roasted garlic powder. (What can I say, I’m a huge fan of garlic!) The only other change I made was to lift the skin from the thigh (without removing it) and put some of the rub between the meat and the skin, thus increasing the wonderful flavor throughout the meat. Beyond that, no other changes or alternations were necessary.

Now that I’ve shared my tips and alterations, let’s get down to the real reason we’re here – to cook up a wonderful chicken recipe using dark meat that is fast and tasty.

Note: I prefer thighs, but this recipe will work with all legs or a combination of legs and thighs.

In a small bowl, stir together the paprika, garlic powder, salt, cayenne and brown sugar. Set aside.

Gently lift skin from meat without removing the skin. Sprinkle a little rub under the skin, gently message into meat.  Rub remaining spice mixture evenly over the entire chicken pieces.

In a nonstick fry pan over medium-high heat, warm the oil. Add the chicken skin side up. Reduce the heat to medium, cover and cook about 15 minutes.  Turn chicken, cover and continue to cook until juices run clear, about 10 minutes longer.

Uncover the pan, increase the heat to medium-high and cook until the skin begins to crisp, 2 to 3 minutes. Serve immediately.