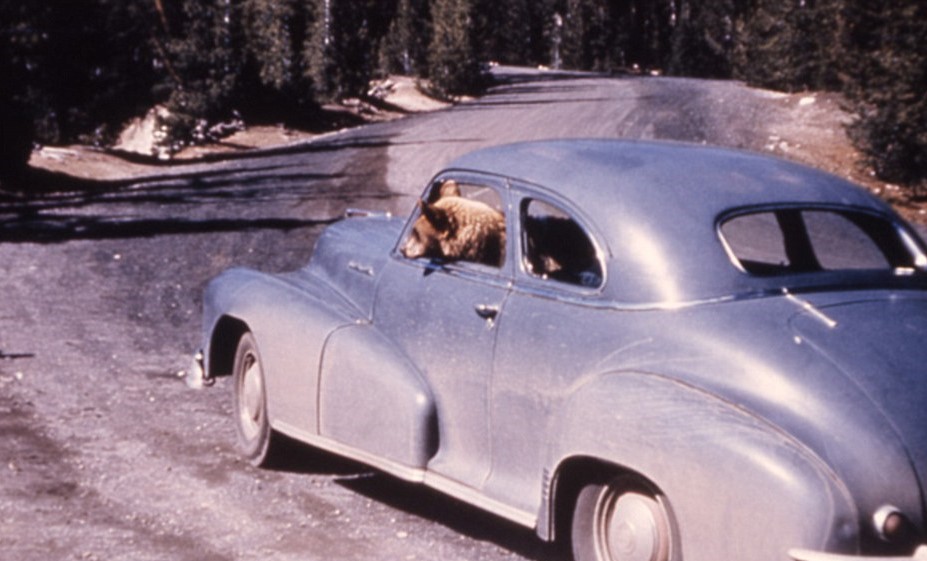 We recently spent a week roaming through Yellowstone Park, the first National Park in America. It was great to spend all that time in the park. You can bet we took lots of pictures that I’ll be sharing with you soon.

While I was organizing my snap shots, I searched the internet for some background history. Just as I like to know something of the origins of a recipe, I like to know the history and events surrounding places that we visit. It was during this research that I discovered pictures put out by the Park Services showing the early relationship between tourists and the bears in the park. I can see why the bears became a problem. The park services first promoted the “come feed a bear” attitude to draw people to the park. After a while two things happened. First, the bears were no longer able to forge for food on their own, becoming dependent upon the hands-outs of visitors. Realizing the mistake, the park began to discourage tourists from feeding the roadside beggars. This created a second problem. The bears, accustom to handouts, became angry and at times aggressive in insisting that someone feed them.  Sadly, bears that became aggressive were eventually destroyed. All because we treated them as our own personal pets rather than to respect them as wild creatures.