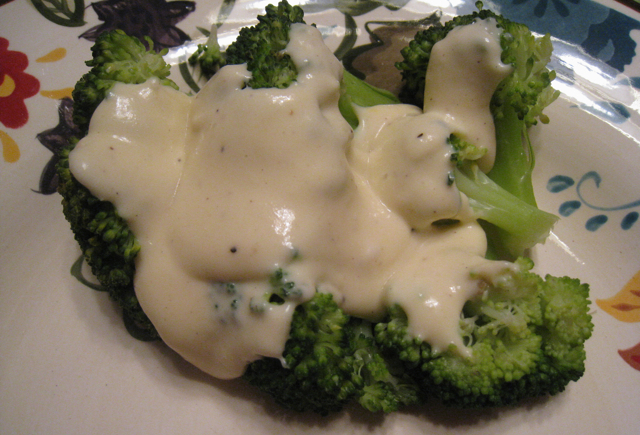 Sauces, like stocks, are the springboard of enriched cooking. Can you imagine Eggs Benedict without a Hollandaise sauce or spaghetti without a Tomato sauce? It would be like hamburgers without the condiments – just a big hunk of grilled ground meat and a bun. Sure, kids might like their food plain, but as adults, we appreciate foods that are rich in textures, flavors and aromas. At least I do. A good sauce shouldn’t mask the food but rather lift it up in a celebration of the senses. I have said this before, and I shall say it again – I adore French cooking. 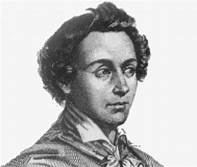 To truly appreciate French cuisine, one must also appreciate the history and elegant simplicity of what is known in French cooking as the Mother Sauces. In 19th Century Paris, there were only four Mother Sauces, or grand sauces from which all other sauces in French cuisine (and most of the world for that matter) would eventually be born. These off-springs were recognized as the daughter sauces, each able to trace their roots back to the mother sauce that bore her. Marie Antoine (Antonin) Carême, the world’s first true celebrity chef, was an early pioneer of the elaborate style of cooking known as “Grande Cuisine” of French cooking. This was grandiose style of cookery won favor with international royalty and the newly wealthy of Paris alike. In his own right, Carême is viewed as one of the first internationally renowned celebrity chefs.  His culinary skills were in demand from the likes of Napoleon and other.  While Napoleon was not a connoisseur of fine dining, he understood the importance of elaborate dining productions when it came to entertaining heads of state.

Carême’s four original Mother Sauces were Béchamel, Espagnole, Tomato and Velouté. Not until early in the 20th Century when Chef Auguste Escoffier redefined French cuisine was the fifth and final of the Mother Sauces created, Hollandaise.

It was my intention to chat about all five Mother Sauces today, but as the drafts evolved, it became a bit much. And if your attention span is anything like mine, you’ll wander off while we are in mid-conversation. So let’s start with Béchamel Sauce, if for no other reason than I’m a little nuts and tend to do things in alphabetical order. Besides, Béchamel is one of the easiest Mother Sauces to master. It’s interesting to me that Béchamel Sauce is considered one of the five Mother Sauces, since it’s common name – White Sauce – is actually inspired by Velouté Sauce. It is said that Béchamel Sauce is actually an improvement of the earlier creation, Velouté Sauce. Personally, I don’t’ see the connection since one is a milk based sauce thickened with a white roux (a mixture of flour and butter that is heated only long enough for the butter to meld and the flour to cook without browning), the other is a stock based sauce thickened with a brown roux (same as a white roux, only it is allowed to “brown” while cooking).

Béchamel Sauce or Classic White Sauce uses whole milk as its base, with a white roux as a thickening agent. Béchamel Sauce is traditionally flavored with the use of such things as Bay Leaf, Clover, Nutmeg, Salt, White Pepper and White Onions. This sauce goes well with eggs, fish, pasta, poultry or vegetables that have been steam-cooked. Meats that welcome a white sauce are mild and milky such as veal. Béchamel Sauce works much like a seasoning, to enhance the natural flavors of foods, not dominate them. This classic white sauce may be used for creaming certain foods such as Au Gratin Potatoes, spinach or even to elevate macaroni and cheese. It can be a foundation for creating a number of other delicious sauces such as Mornay Sauce, Cheddar Cheese Sauce or to soften a mustard sauce. In addition to the basic sauce, there are a number of enhanced sauces. The use of Béchamel Sauce is diversely unlimited.

Secure the bay leaf to the onion using the clove and set aside. (Sounds crazy, I know, but it will make sense later).

Place the butter in a medium-sized saucepan on low medium heat and warm gently until it has melted. Measure in the flour and stir with a wooden spoon or spatula until combined. This mixture is called roux.

Cook the roux for two minutes, stirring with your spoon. The roux should be bubbling and releasing steam.

Now begin adding the milk, tablespoon by tablespoon. In the beginning, it is important to completely incorporate each tablespoon of milk before you add more. After you’ve added about 1/4 of the milk, you can add more at a time. This is just a way of making sure that you don’t get lumps in your sauce.

Once all of the milk has been added whisk briefly to smooth the sauce, lower the heat and then place the onion into the mixture.  Cook, stirring occasionally. Slowly heat the sauce until just below the boiling point, adding more milk as necessary should the sauce become too thick. You want the sauce to be thick, but still liquid enough to pour, much like a thick gravy.  The sauce will have the best flavor if allowed to simmer at least 20 minutes after adding the onion.

Remove the sauce from the heat, remove onion and stir in the seasoning until completely combined. Allow the sauce to cool somewhat before using in another recipe or you can always refrigerate/freeze the sauce for future use.

Stir above into warm Béchamel Sauce, stirring constantly until cheese has melted. Taste and season as needed with additional salt and pepper if desired.

Immediately after removing from the heat, stir the sauce slowly into two egg yolks. This might be used as the basis for making a soufflé.

Whisk together the egg yolk and cream. Set aside.

Melt the butter in a saucepan over low to medium heat. Using a wooden spoon, stir in the flour and mix well. Continuing stirring over low heat for two minutes. Using a whisk, and continually whisking, add the milk in small quantities – about two tablespoons at a time. Make sure that you fully incorporate the liquid before adding more – this way you will get a smooth sauce.

After you’ve added about half the milk, pour in the rest and give the mixture a good whisking. Continue to heat the sauce on low to medium heat, whisking often. Cook just to below boiling until the mixture thickens.

Remove from heat and mix in the egg yolk and cream mixture, continually stirring so the egg doesn’t cook into a clump. Stir in the cheese, two tablespoons at a time, fully incorporating it into the sauce. You may need to reheat the sauce briefly on low heat. Season to taste with nutmeg, salt and pepper.