Wow – just attended our first ever Civil War reenactment. What a hoot! We hiked up a hill, spread out a blanket and just watched. The Yanks came marching through the covered bridge. The Southerners opened fire with cannons and a charge, but in the end it was the North that took the hill. If you ever get the chance to see a reenactment, by all means do. The roar of the cannons shakes the ground. The smell of black powder fills the air. It’s amazing! 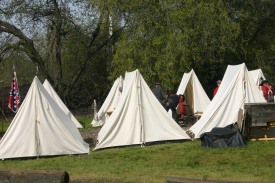 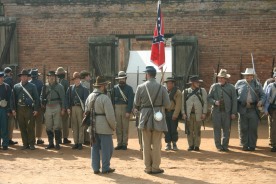 The Confederates called to arms 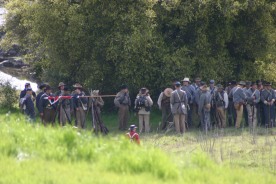 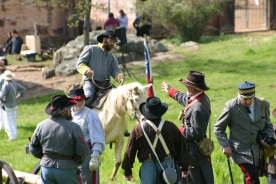 The Confederates wait, cannons at the ready.
Union Soldiers can be heard just across the swift moving river as they march toward the bridge. Soon the battle will begin! 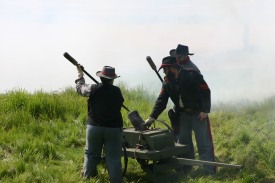 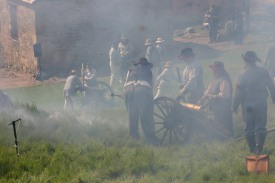 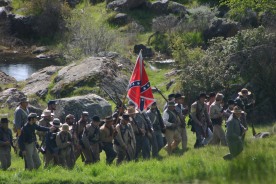 And so the scrimmage begins! 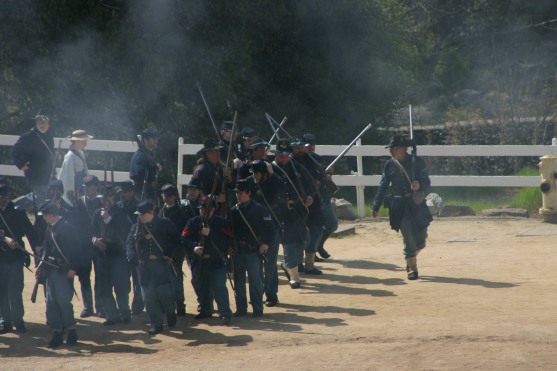 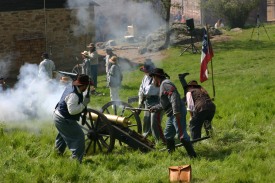 War is a messy business. 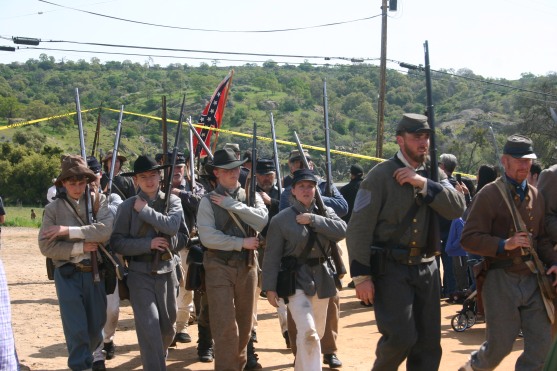 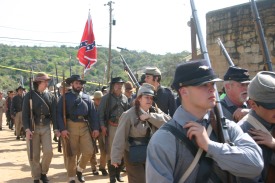 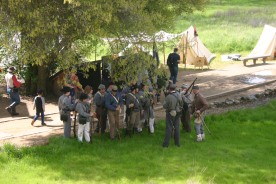 And so it ends. 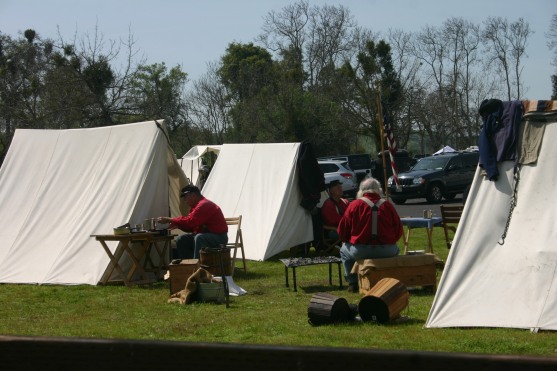 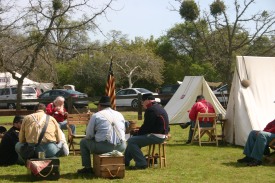