Our hearts were all a flutter with excitement for what lay ahead. Hubby and I had explored Crater Lake before, many moons ago. Our children were just teenagers, and Kiddo hadn’t even been imagined yet. This was his day – to walk around the crater of what was once the top of Mount Mazama. Mount Mazama is a Quaternary volcano, part of the Western Cascade Range. She blew her stack over 7,000 years ago. Oh, but I’m getting ahead of myself. There are many things to enjoy as we head north along the highway from Klamath Falls to Crater Lake National Park.

Not far from Klamath, we spotted a collection of buildings that had been left to their own decay. I have a thing for taking pictures of old barns, homes abandoned and shacks left to the appetite of Nature to reclaim lands that were once hers alone. It wasn’t until the car had stopped and I began clicking away that I noticed we were not alone in our interest. Turkey vultures had gathered in the dead and dying trees, adding to the eerie feeling of the scene. 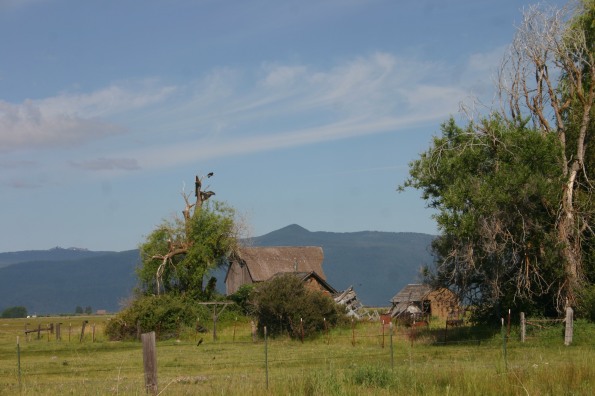 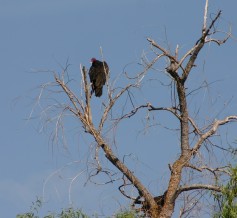 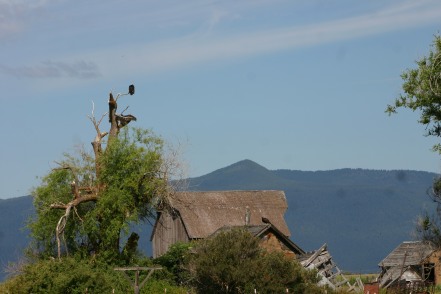 Continuing on, road began to climb, taking us through little towns ribboned together by railroad lines. 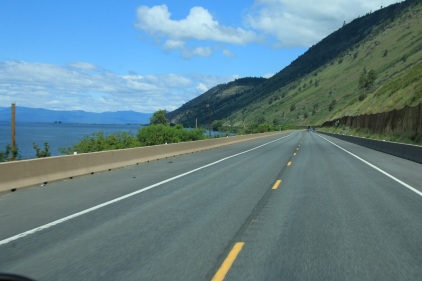 The hamlets of Algoma and Chiloquin are but mere shadows of their former selves. The logging has moved on. Chiloquin is among the poorest communities in all of Oregon and it shows. And yet there is a charm about these places. A sense of community pride. 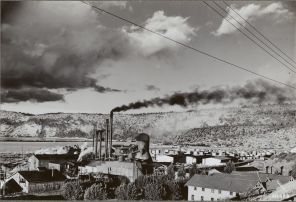 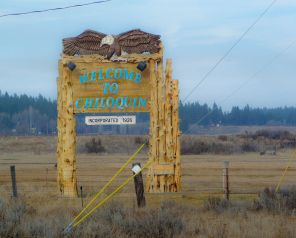 When we saw Fort Klamath on the map and realized that we would drive right by it, I became excited. Those that know me, know I have a deep love for history. As a child, my Dad piled his kids up in the family wagon and we spent most weekends learning first-hand about the history of California. Unfortunately, Fort Klamath wasn’t much of a stop. The gates were closed, and from the road I could only see two buildings, neither appeared to be original. I can tell you that the fort was built in 1863 to keep the peace between settlers, the Modoc and Northern Paiute tribes. There were once more than 50 buildings at the fort, including a sawmill. By the mid-1800s the need for the fort no longer existed, and the decision to abandon the fort was made in 1889. The last men of the 14th Infantry marched from the fort on June 23, 1890. 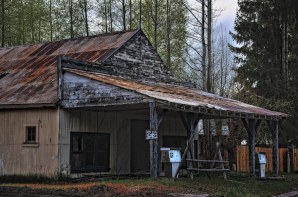 An Old Gas Station. I took this from a side of a road in a town outside of Crater Lake National Park. I wanted to capture a more rustic feel to the location with the faded and chipped away paint.

Entering Crater Lake from the south, and you will first reach Annie Falls. It is the tallest of three waterfalls along Annie Creek. The actual falls are difficult to reach deep in the canyon, and only partial views of the cascade can be seen from the picnic area. What is most spectacular are the Pinnacles and the Canyon walls. 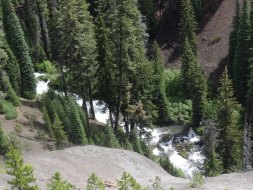 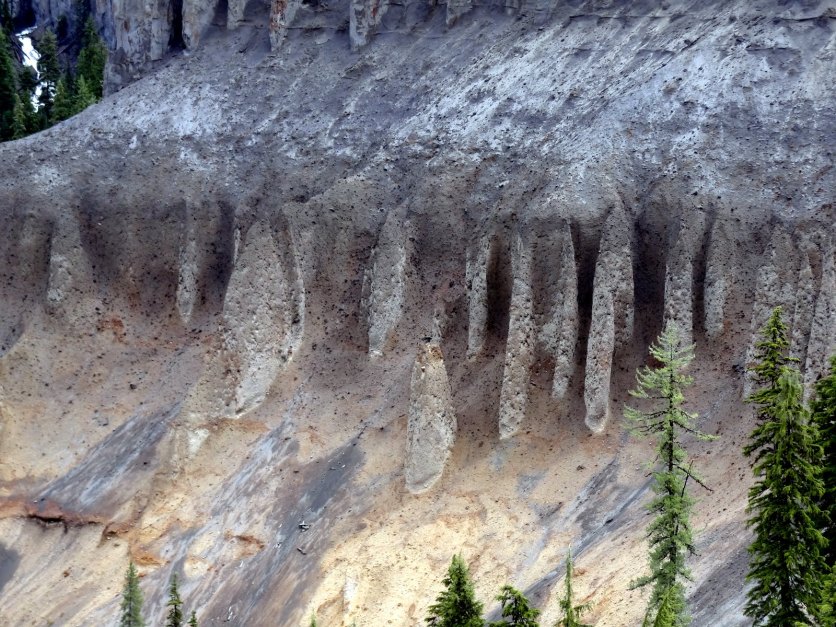 Not much beyond Annie Creek is the south entrance to Crater Lake. While there are a number of National Monuments within the state of Oregon, Crater Lake is the only National Park. 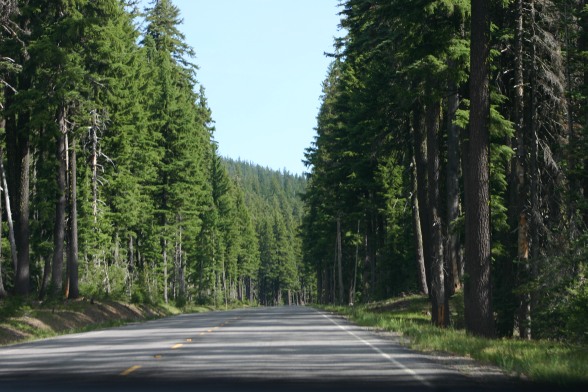 No amount of photography can truly capture the beauty of the lake or the depth of blue within its waters. Such awesome beauty speaks to the soul. Listen carefully, and you will hear the Creator whispering through the trees. 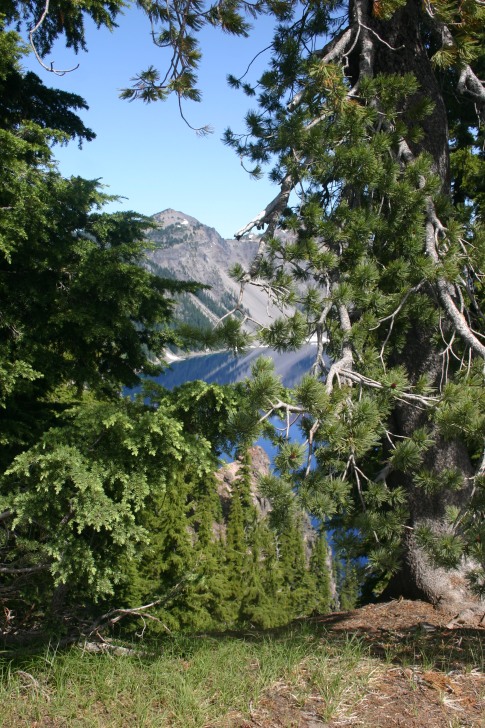 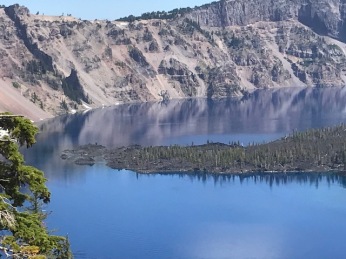 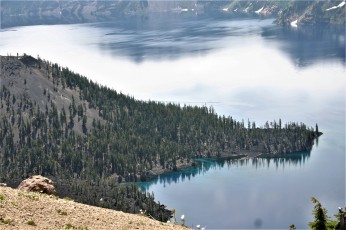 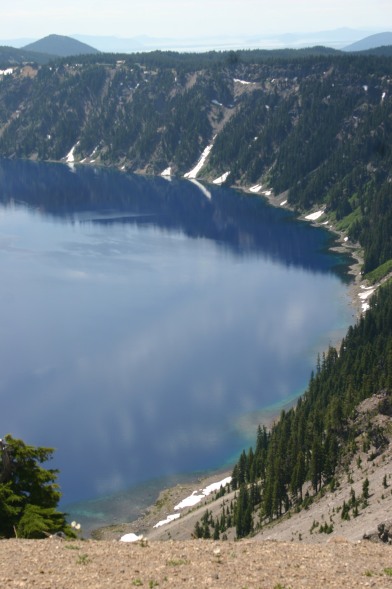 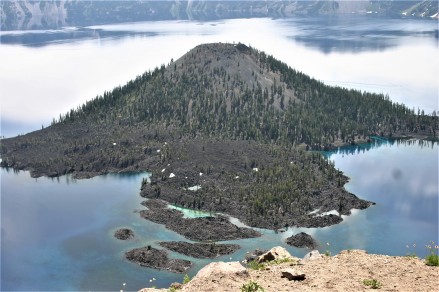 Leaving Crater Lake and continuing north, you will notice two things. First, the road seems to stretch out forever. Second, the small towns on the north end of the park have fared much better than the ones to the south with respect to tourist dollars. That told us most of the visitors come from Oregon, and in particular, Portland. Not many drive up from California. This is just my opinion, but I don’t think families take driving vacations to National Parks anymore. And that’s sad when you think about it.

The road from Crater Lake to Eugene offers a few breathtaking detours along the way. The first is Salt Creek Falls. It is the second highest water fall in Oregon . The waters of the creek are swift and cold. There are places to hike or simply to sit and take in the beauty of Salt Creek and her falls. But be prepared, you aren’t the only one making this side trip. So get to know your fellow travelers and enjoy the view. 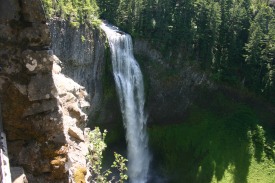 Our second side trip took us to the town of Westfir. Westfir was once a company town, lock, stock and barrel. It was built by the Western Lumber Company in 1923 to house their employees. The company produced Douglas-fir lumber, hence the town name of Westfir. At the height of its “boom”, 500 people called Westfir home in 1931. By 1984, after a series of fires, the lumber operations closed. It took fires and not floods to break the town’s boom. 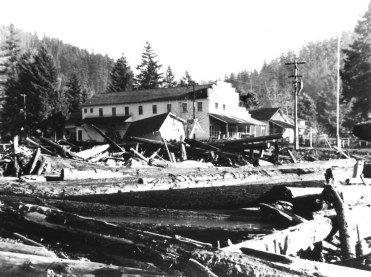 The big attraction to Westfir these days is the Office Bridge, so named because it connected the Lumber Company’s operations with its headquarters just across the river. The headquarters are now a bed and breakfast.

Originally the bridge was built in 1941. That first bridge was washed away in 1944. In 1945, a dam broke, yet the new bridge survived. It is the longest covered bridge in Oregon, at 180 feet. It is also the only bridge west of the Mississippi with a separate pedestrian crossing. The charm of Westfir is worth a side trip. Be sure to bring a picnic lunch! 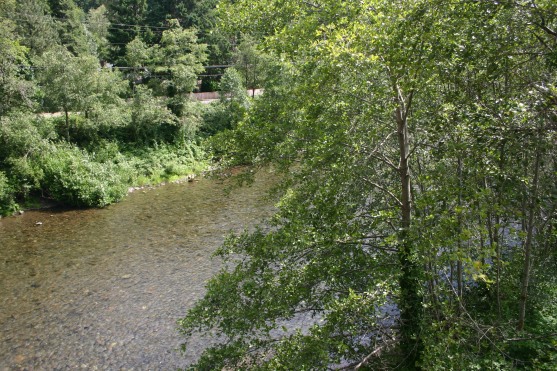 Our day is nearly over. The one thing I will share with you that no one shared with us is that the drive from Eugene to Portland along Interstate 5 is the most stressful piece of highway on the planet! It is bumper-to-bumper slow. The only saving grace is that it’s pretty outside your window, unlike LA’s traffic snarls.

By the time we reached Portland, we were exhausted and in no mood to stop. I snapped a few photos for the sake of capturing this next leg in our adventure as we pressed on northward. Washington lay just across the Columbia River. 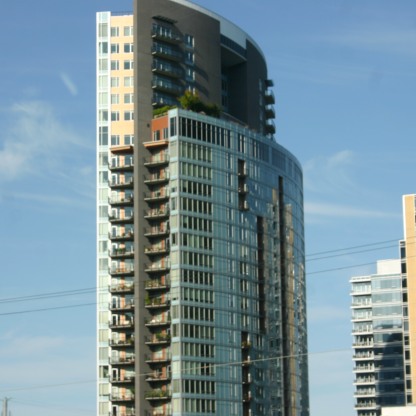 Castle Rock Washington was to be home for the next two nights.