Today’s scheduled post for Family Style Spaghetti has been postponed. There was something oddly “wrong” about posting a family style recipe and brushing aside the significance of this day. Eighteen years – that’s a long time, a lifetime for some, and our country has yet to fully heal. The wounds are deep. For some the anger runs even deeper. Something happens when an entire nation drops to their knees and weeps. I wish I could say God turned it around, made everything right again, but that’s not entirely true.

There are major events that happen and you are forever changed as a person – be it for the better or worse, something inside you is changes. Anyone who experienced Pearl Harbor who is alive today can tell you exactly where they were and how that single event impacted their lives. Although I was only a child, I can recall the death of JFK and the profound sadness that followed. As an adult, the details September 11, 2001 are as fresh and clear as they were that faithful day.

We were fortunate. My cousin who worked at the Pentagon was spared because his office was being painted, so he was temperately relocated to the other side of the building. A dear friend’s elderly mother, who was flying out of Buffalo New York, was grounded somewhere in the Midwest and took a bus to reach her final destination. One of New York’s finest that had become a good friend was also safe. We saw him several times as part of the bagpipe brigade at the televised funerals that were to follow.

I remember my heart ached with a pain so deep that I collapsed under the weight of it. I knew as I watched the towers fall that God was weeping and there was nothing I could do to comfort my Heavenly Father. Such horrific acts carried out in His name – can you imagine how much that hurt? To see His children so misguided that they had slaughtered one another in His name. Even now, all these years later, I weep whenever I think about how much we hurt our Creator on September 11, 2001.

I kept Kiddo home from school that day, needing to feel him close to me. I needed to be with people, too. So Kiddo and I when down to the Las Vegas strip, to the New York-New York Hotel. Don’t ask me why, we just did. I felt the need to go where people grieving might gather, and that hotel with its mock New York skyline made sense. 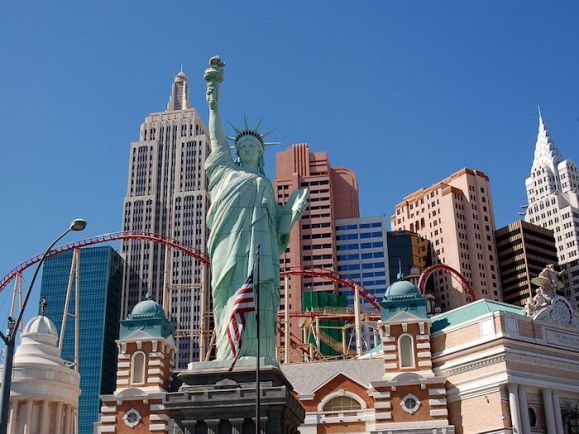 We weren’t alone. By mid-morning the flowers began to line the street in front of the hotel. From the fence hung shirts and notes and ribbons. The T-shirts were placed there by firefighters and police officers on vacation in Las Vegas, some of them from New York. These firefighters and officers found themselves unable to get home yet needed to show their support for their brothers and sisters in the line of duty in New York. Strangers hugged one another, silently placing objects along the fence while openly weeping. By late afternoon the crowds that gathered were so great, traffic actually stopped on the strip and had to be detoured around the hotel.

They say churches and places of worship saw attendance in record numbers immediately after September 11th. People were seeking answers and longing for comfort from one another. Eventually those that did not normally attend a place of worship returned to their normal routines. That too is sad. Yet we so often turn to faith in times of darkness, abandoning it when times are good.

I am sure there will be plenty of footage today of the events of that day. The scab will be picked at once again. Let us bow our heads and pray.

Our Father, who art in heaven, hollowed by thy name . . .