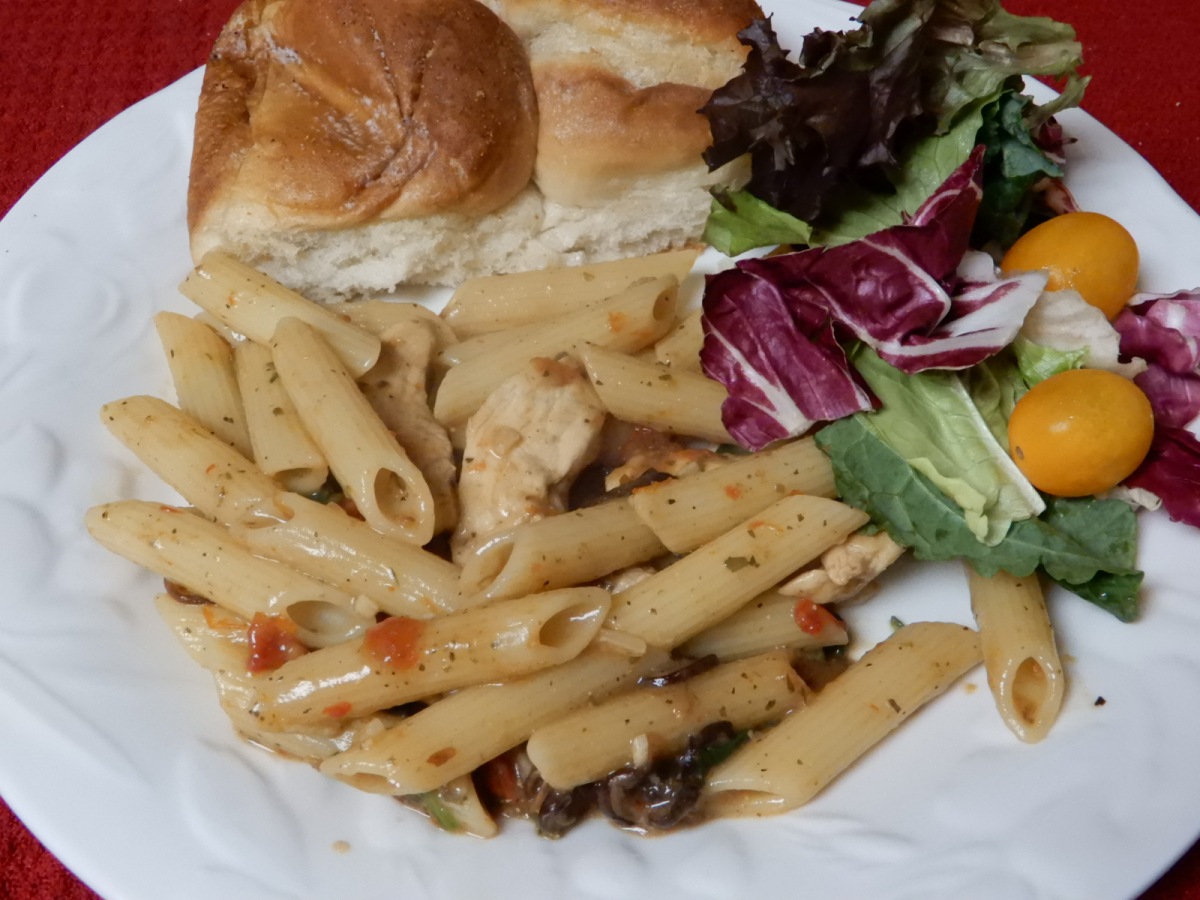 As it turns out, today is National Spinach Day. Now I suppose the best way to celebrate Spinach Day would be to make a Spinach Salad. Sure, that would be good. The problem with a Spinach Salad is that I would be the only one eating the salad. I might be able to sneak in some spinach burred under torn bits of Iceberg Lettuce, but that’s about as close as I could get with my guys.

Oh but wilt some spinach in a pasta dish and it’s a whole different ball-game. I really like the flexibility of adding as much spinach as you want, and the use of Sun-Dried Tomatoes.

I gotta tell you, when I was making this supper for my guys, I was concerned that there wouldn’t be enough food. Relax, there’s plenty. It’s full of flavor, satisfying on so many levels and utilized things you just might have on-hand. The only thing we needed to get from the market was the fresh produce. Here, fresh is plentiful, it’s the canned, processed and frozen foods that are in short supply. Okay by me.

Place the broth and tomatoes into a microwavable measuring cup. Microwave on HIGH for 2 minutes. Let stand for 5 minutes. Remove the tomatoes and cut up. Reserve the broth.

Heat the oil in a 12-inch nonstick skillet over medium-high heat. Add the chicken and cook until well browned, stirring often.

Add the mushrooms and garlic and cook until they’re tender. Stir in the flour and Italian seasoning. Cook and stir for 1 minute.

Stir in the tomatoes and broth. Cook and stir until the mixture boils and thickens. Stir in the spinach and penne.

Serve with a simple salad and warm bread.