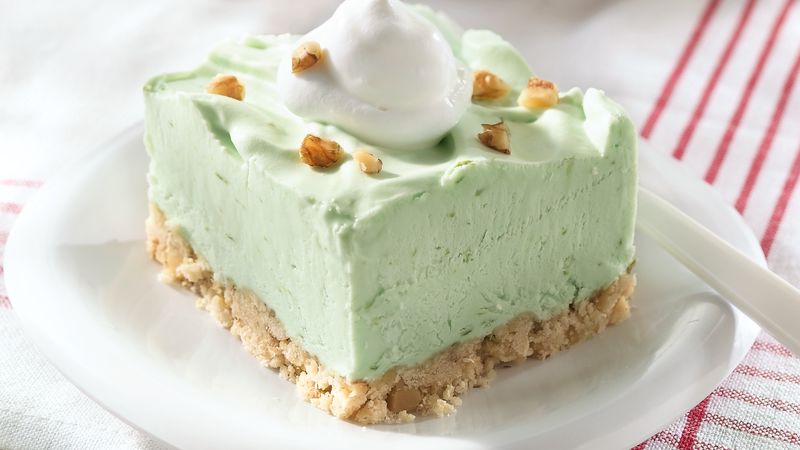 Dessert – that wonderful conclusion to a meal – so sweet, so rich, so special. Naturally Dessert deserves its own National Day. And today is that day.

Throughout most of the world, dessert consists of sweet foods that are sometimes served with a beverage such as dessert wine or liqueur. In America, dessert may include coffee, cheeses, nuts or other savory items that are regarded as a separate course elsewhere on the planet. Believe it or not, there are parts of the world such as central and western Africa as well as most parts of China, that have no tradition of serving dessert at the end of the meal. No dessert!

Today the term dessert can apply to confections from Biscuits to Tarts and an array of goodies in between. The word originated from the French word desservir, meaning “to clear the table”. It referred to the course served after the table had been cleared of other dishes. While the term dates from the 14th century, it attained its current meaning around the beginning of the 20th century. It was then that Service à la Française, the French way of setting a variety of dishes on the table at the same time was replaced with Service à la Russe, presenting a meal in set courses or to serve in the style of Russia. Personally, I’d like to see a reverse of courses – begin with dessert and end with appetizers. Most of the time, by the concluding of a family meal, dessert is the last thing on our minds. One of my favorite forms of entertainment is an old fashion Cocktail Party. Set up a bar, have a station of savory bites and another for bite-size sweets or assorted pastries. Skip the heavy foods in between.

Do you have a favorite dessert? Mine are anything creamy – from Chocolate Mousse to Crème Brûlée. And puff pastries filled with whipped creams. Sinfully rich. Or heavenly light and dreamy. And that makes sense. The whole notion of sweets in ancient times were foods for the gods.

Place flour in medium bowl. Cut in butter, using pastry blender or drawing 2 table knives through the flour in opposite direction, until evenly mixed.

Finely chop pecans, add to the flour mixture. Zest lime, add to the mixture. Stir to blend together. . Press evenly in bottom of a 9-inch square pan.

Bake about 15 minutes or until light brown. Cool completely, about 30 minutes.

Place a large mixing bowl and whisk attachment in the freezer to chill well. Zest lime, set aside.

In medium bowl, mix condensed milk, lime juice and 2 teaspoons of the lime zest; set aside.

In the well chilled bowl, whip heavy cream and food color with electric mixer on high speed until stiff.

Fold lime mixture into whipped cream just until blended. Pour over crust. Cover; refrigerate at least 2 hours until chilled but no longer than 48 hours. Store covered in refrigerator.

While the dessert chills, clean mixing bowl and whisk attachment. Place in the freezer to chill well.

Pour heavy cream into the well-chilled mixing bowl. Whip with vanilla and sugar until firm peeks form. Chill until ready to use.

To serve, cut into squares, place on dessert plates. Garnish each serving with a dollop of whipped cream sprinkled with chopped pecans.

8 thoughts on “Hooray for Dessert Day”