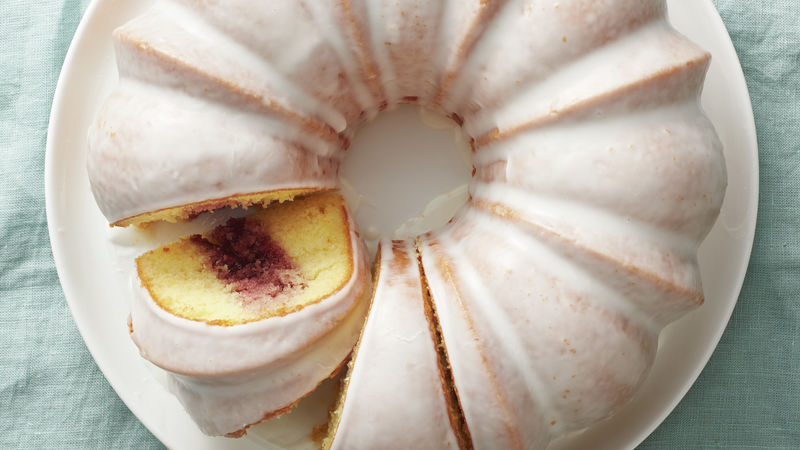 Not quite. It’s a cake – a bundt cake to be precise. After all, today is National Bundt Day. Which begs the question, what is a Bundt Cake?

Broadly speaking, Bundt cakes do not conform to any singe recipe. Instead, it is the physical characteristics the define a cake as Bundt-Style. Bundt cakes are baked in a Bundt Pan. And Bundt Pans generally have fluted or grooved sides, and a cylindrical “chimney” in the center. The result is a cake that resembles a giant doughnut. This shape is similar to that of the earlier European Gugelhuph or Bundkuchen. However, a Gugelhuph follows a particular yeast-based recipe that includes fruits and nuts; often deeper in shape and more decorative than the Bundt Cakes of today.

Nordic Ware, a cookware company based in St. Louis Park, Minnesota, is credited with the Bundt Pan. H. David Dalquist and his brother Mark, co-founders of the cookware company, were also friends with Rose Joshua and Fannie Schanfield. They all belonged to the Minneapolis Jewish-American Hadassah Society. The women approached the brothers, asking if they could produce a modern version of a traditional cast iron Gugelhuph dish. The brothers in turn approached the company engineer, Don Nygren, who designed a cast aluminum version. Nordic Ware began a small production of the Bundt Pan in 1950. A number of the original Bundt pans now reside in the Smithsonian.

Initially, the Bundt pan sales were so poor that Nordic Ware considered discontinuing it. Bundt pass received a boost when mentioned in the New Good Housekeeping Cookbook of 1963. Then sales slipped once more, until 1966, when a Bundt Cake called the “Tunnel of Fudge” baked by Ella Helfrich took second place in the annual Pillsbury Bake-Off. The resulting publicity generated more than 200,000 requests to Pillsbury for Bundt pans. Soon Bundt pan sales surpassed the Jell-O molds, and Bundt pans became the most-sold pan in America. To date more than 60 million Bundt pans have been sold by Nordic Ware across North America. To mark the 60th anniversary of the Bundt pan, Nordic Ware designated November 15th as National Bundt Day.

Bake 38 to 43 minutes or until toothpick inserted in center comes out clean. Cool in pan 15 minutes.

While still in pan, poke holes in cake with end of wooden spoon, 2 inches deep and 1/2 inch apart down the middle of the cake, leaving 1-inch border on either side of the pan. Use wet paper towel to wipe ends of spoon after each poke. If crumbs build up, the holes will start to get bigger and take in too much jam, which will throw off the ratio of cake to jam and make the cake harder to cut into neat slices.

Note: For perfect pokes, measure and place a piece of tape 2 inches from the top of the handle. This will ensure all pokes are the same depth.

In small microwavable measuring cup, heat jam uncovered on High 30 seconds. Stir and continue to microwave in 15-second increments, stirring after each, until jam is hot and pourable, about 1 minute to 1 minute 30 seconds.

Pour jam into holes in cake. Cool cake in pan 1 hour. Run metal spatula around outer and inside edges of pan to loosen cake. Remove from pan to cooling rack. Cool completely, about 30 minutes. Transfer to serving platter.

In small bowl, beat Glaze ingredients with whisk until smooth; add additional milk, 1/2 teaspoon at a time, until thin glaze consistency. Use pastry brush to brush half the glaze evenly over entire surface of cake. Let stand 5 minutes. Repeat with remaining half of glaze.

Put on the coffee pot, call your friends and neighbors and enjoy an old fashion klatch. Enjoy!