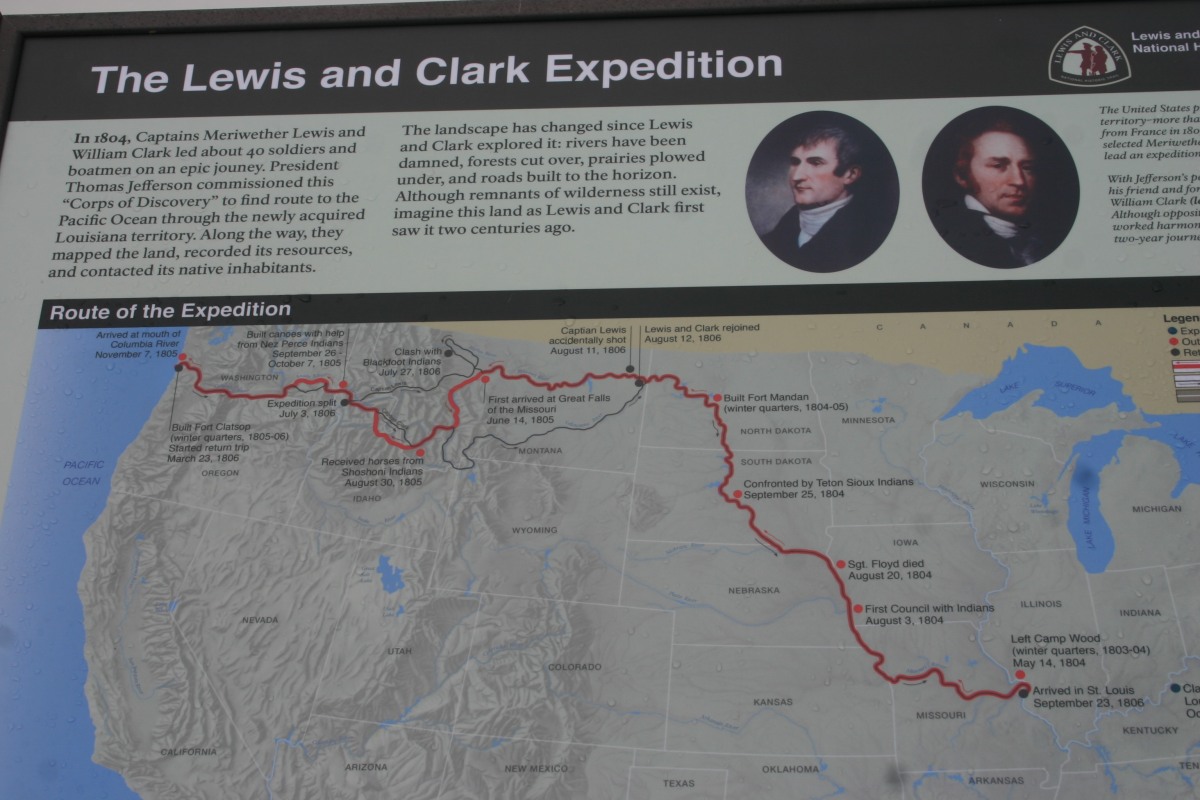 Good Morning! Welcome to Day 4 of our Oregon-Washington adventure. It’s time to start making our way home – in a very slow, non-direct way. Our forth day had no particular agenda. It was a matter of driving from Castle Rock Washington to Seaside Oregon, with a stop-off in Astoria. Astoria is on the northern most point of the Oregon Coast. It is where Lewis and Clark reached the Pacific Ocean, having followed the Columbia River. Most people would have taken take the quickest route to the ocean along Highway 30, on the Oregon side. We took the meandering route, sticking to the Washington side of the river. It’s the road less traveled, and that suited us just fine.

Our first “side” trip was to visit Grays River Covered Bridge. Built in 1905, this one-lane covered bridge over the Grays River is the only covered bridge still in use as a public highway in the entire state of Washington. The bridge was built to allow horse and wagon agricultural traffic to cross the river. Hans Ahlberg was the driving force to get the bridge built. His dairy farm spanned both sides of the river. When constructed, the bridge was not covered. That came later, in 1908. Grays River Covered Bridge is 155.5 feet long, 22.5 feet high and a mere 14 feet wide. If you dare to cross it, cows will greet you on the other side. 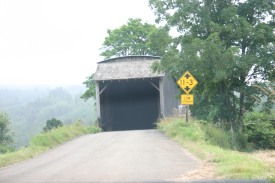 The Astoria-Megler Bridge connects vehicle traffic along Highway 101 between Washington to the north and Oregon to the south. The 4-mile truss bridge is the longest continuous truss bridge in North America. Opened in 1966, it was the final segment of Highway 101 to connect Olympia, Washington to Los Angeles, California. If the bridge looks familiar, you might have seen it as a backdrop for Short Circuit, Kindergarten Cop, The Goonies and the Free Willy films. So I guess you could say we drove across a piece of Hollywood History. 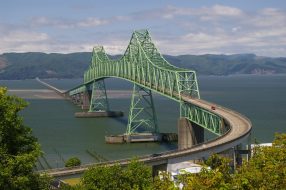 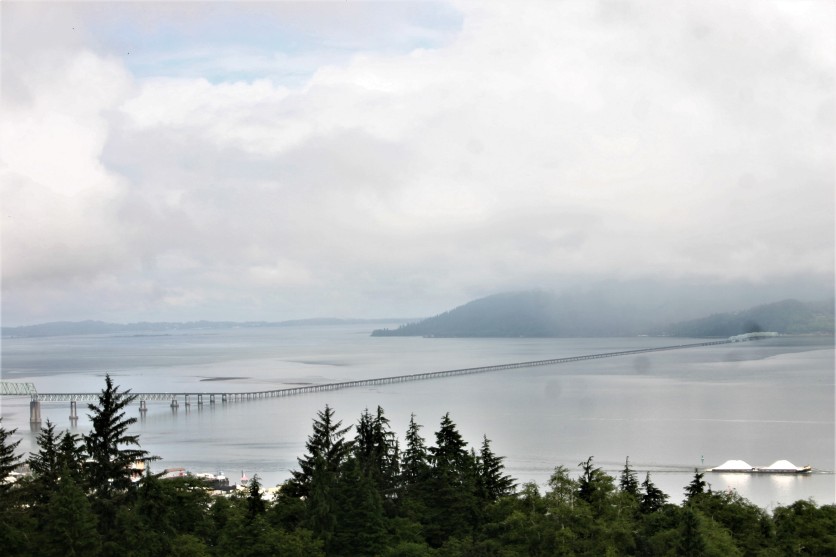 Upon reaching Astoria, the first stop we made was to visit the famous Astoria Column. Built in 1926, the concrete and steel structure is part of the city’s 30-acre park. The column is 125-feet tall, with a 164-step spiral staircase ascending to the observation deck. Patterned after the Trajan Column in Rome, the column was one of a series of monuments erected by the Great Northern Railway between 1925 and 1926. 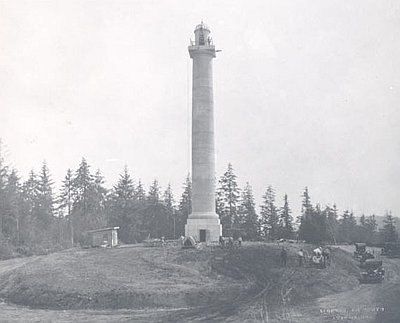 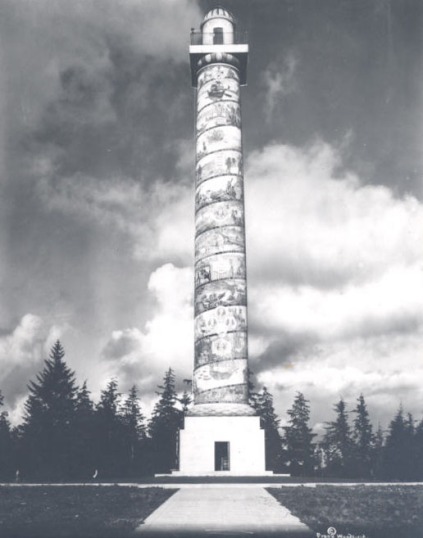 While the column is impressive to see, and the views are amazing, most people come for one reason – to fly. For $1.00 you can buy a balsa wood glider, climb the spiral staircase and sail your plane from the observation deck. 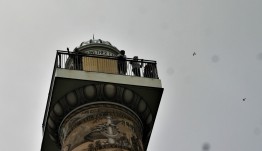 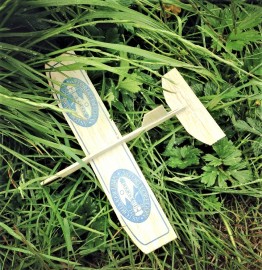 Now if you want to keep your plane after it has sailed to the ground, be sure to write your name on the underside of the wing. Children at the bottom of the column collect the planes and keep those that aren’t properly tagged. One little boy had quit the collection.

If you are a fan of American History, then you know that Astoria’s true claim to fame goes all the way back to the Lewis and Clark Expedition. Fort Clatsop, named for the Clatsop Indians of the area, was built as an encampment for the expedition during the winter of 1805 and spring of 1806. 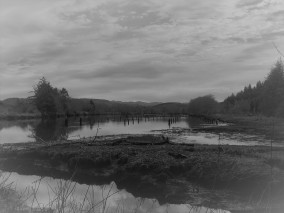 It took over 3 weeks for the men to build their camp. When the expedition returned to Saint Louis, they presented the fort to Coboway, chief of the Clatsops. By the middle of the 19th century, the original fort had rotted away due to the heavy rainfall of the region. In 1955, a replica of the fort was erected on what was believed to be the original site. Unfortunately, the entire structure was destroyed by fire in 2005. Shortly after the fire, a second replica was erected. This is the fort that greets visitors today. The fire of 2005 might also explain the fire hydrant visitors pass on their short hike from the visitors center to the fort. 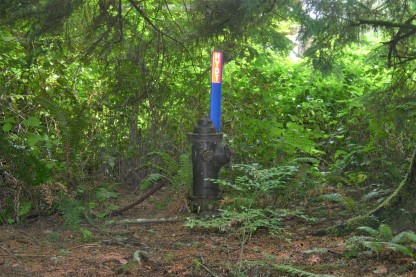 Just for the record, the new fort is more accurate in its construction as information regarding the original fort was not available to those building the 1955 replica. It is also interesting to note that neither replica was built on the exact location of the original site. The fire allowed excavation and renewed archaeological interest in Fort Clatsop. Thus far, no remains of the original fort have been found, but those associated with the fort feel confident that the current replica is close to the original site. 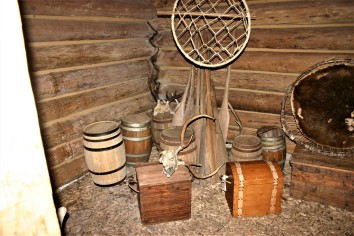 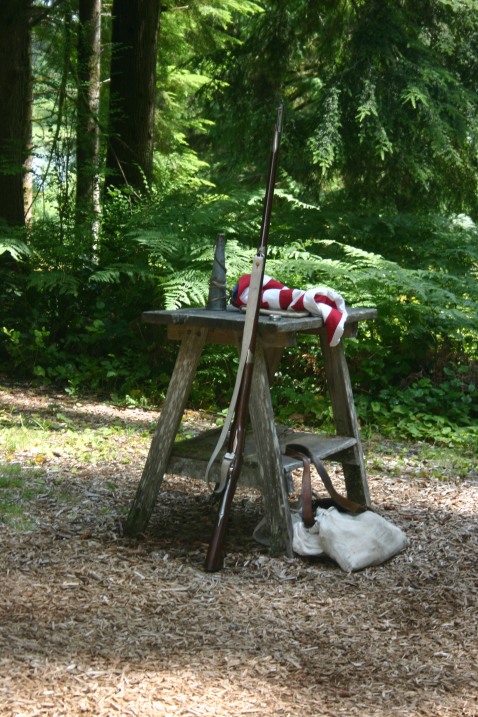 If you do come to Astoria and visit Fort Clatsop, be sure to pack a picnic lunch. The nearby picnic area is absolutely beautiful. 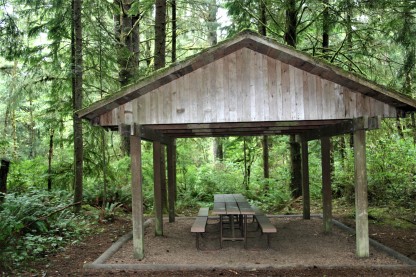 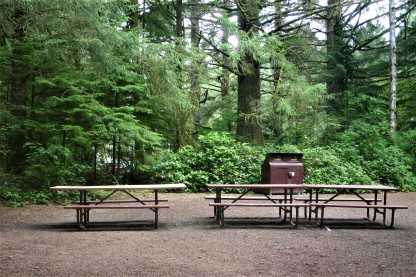 From Fort Clatsop, it’s westward ho! Our next stops, Fort Stevens and the wreck of the Peter Iredale.