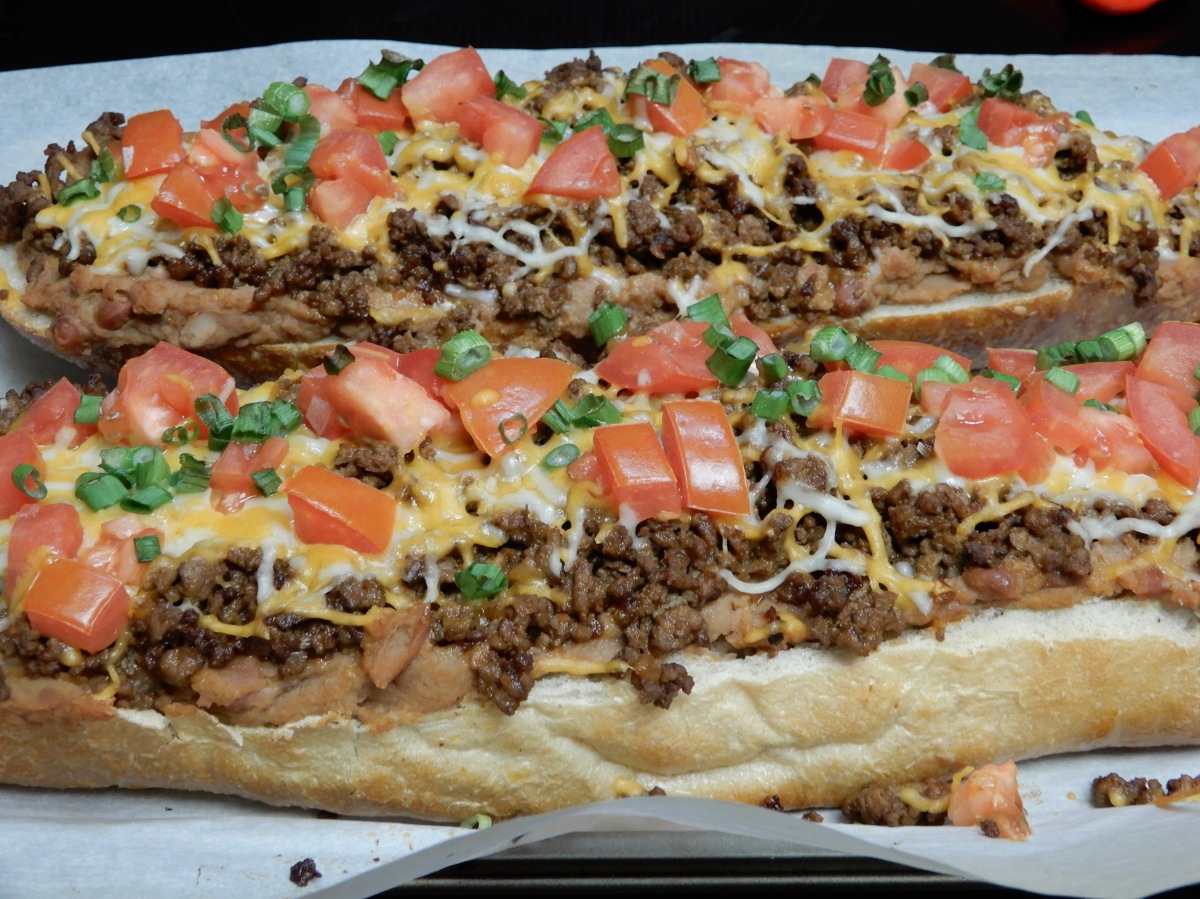 What can I say about French Bread Tacos except to say they are different. Kiddo really enjoyed his tacos. But then again, he had a few Margaritas to go with the tacos, so that might have something to do with it.

Personally, I liked this rendition of a taco. While I thought the French Bread Taco Boat was better, this is still good. The biggest difference between them is that the Boat is hollowed out, the French Bread Taco isn’t. So it really comes down to how much you like bread. Kiddo and I are huge, huge bread fans. We could make a meal out of warm bread. As a former “Flower Child” I’ve spend many an evening sitting on the beach in San Francisco, eating Sourdough Bread and drinking Napa wine. Oh, those were the days!

Hubby is not a bread fan. Now I bring this up because if you are not a bread fan, this recipe is not for you. I’m a bread fan, and the bread was a bit heavy with all the fillings piled on top. Still, I enjoyed the tacos. Just keeping it real and being honest.

Dice tomatoes, set aside. Trim root ends from the green onions, then slice remaining onions and set aside.

Place the refried beans into a microwave-safe bowl. Microwave for 1 minute. Stir well and then spread beans evenly over the top of French bread halves. Divide the meat topping evenly between the two bread halves and spread over the top of the beans. Press down slightly on the meat filling with the back of the spoon to help hold the meat in place.

Generously sprinkle the shredded cheese over the meat mixture. Top with the diced tomatoes and green onions.

Bake 10 minutes, or until cheese is melted and bubbly. Remove from oven and let stand 5 minutes. Slice and served. If desired, add some Nacho Jalapeño Peppers slices. Serve with your favorite Tacos sides such as Mexican Rice Pilaf and enjoy! 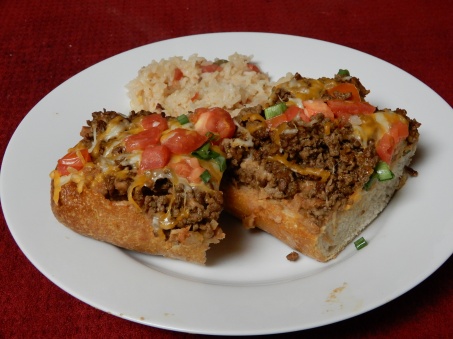