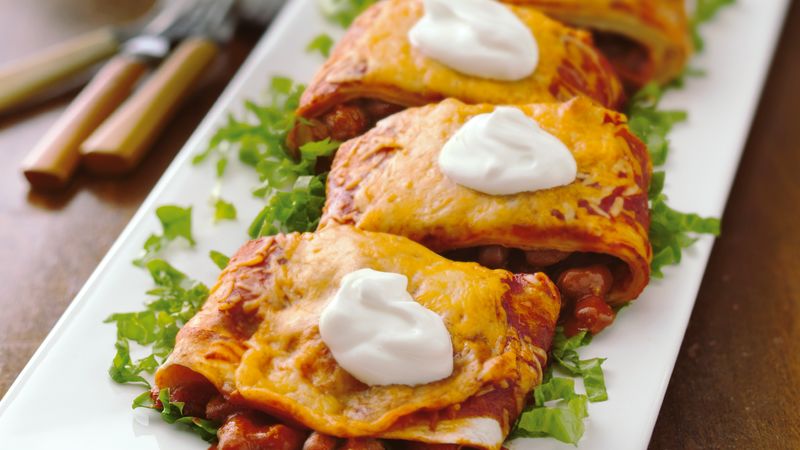 Did you know that the first Thursday in April is National Burrito Day? Wow – it’s April – finally!! Anyway, according to the National Day Calendar, the best way to observe Burrito Day is to call all your friends and go out for burritos or serve them up at home. The at-home we can handle. Maybe next year, we’ll include friends.

The term Burrito first appeared on the scene in 1895. The word was commonly used in the Guanajuato region. It is Spanish for Little Donkey and it’s though that the Burrito got its name because it looks similar to the bedrolls donkeys once carried on their backs. I suppose that’s possible. It makes for a nice story.

The Burrito made its way to the United States in the 1930s by way of the El Cholo Spanish Café in Los Angeles. Since then, burritos have found their way on menus all across America. Burritos are popular with home cooks due to their versatility. Basically, the cook is in charge, selecting the meats, the beans, vegetables, rice or whatever else strikes their fancy. Most burritos include more rice, less meat. Rice is fine, but since it’s the cooks choice and I’m cooking, I’d rather have the rice on the side.

In a small bowl, grate the cheese. Sprinkle with taco seasoning, toss to coat cheese with spice, set aside.

Place tortillas, overlapping, down one side of pan.

Spoon chorizo mixture down center of tortillas; sprinkle with 1 -1/2 cups of the seasoned cheese. Roll tortillas over the filling to create 1 large burrito, seam side down. Spoon taco sauce over burrito; sprinkle with remaining 1 cup cheese.

Bake 15 to 20 minutes or until hot. To serve, cut burrito into slices. Shred lettuce to create a bed for the burrito on a serving platter. Carefully lift the slices from the pan, one at a time, and reassemble the large burrito over the lettuce bed. Dollop each slice with sour cream and serve.

Serve with Mexican or Spanish Rice.