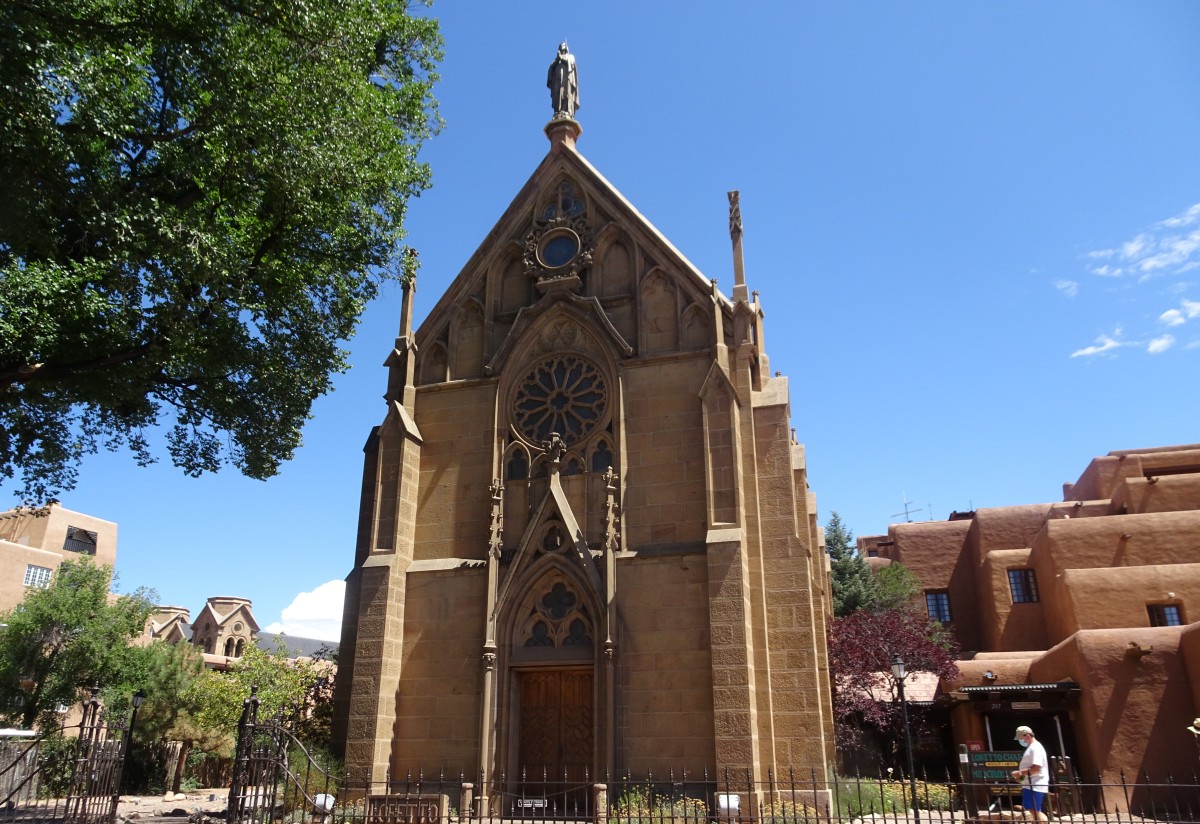 May 1st is a very strange day, historically torn in different directions. It is the mid-way point between Spring and Summer. It is International Workers Day, Loyalty Day and the Feast Day of Saint Joseph the Worker.

In 1889, the International Socialist Conference declared May 1st as an international holiday for laborers. In 1955, Pope Pius XIII proclaimed the day to be the Feast Day of Saint Joseph the Worker as an alternative to what was preserved as a Communist celebration. Three years later, President Eisenhower signed a resolution hailing May 1st as “Loyalty Day”. You guessed it, a day set aside for Americans to reaffirm their loyalty to the United State and the American Way. Both President Eisenhower and Pope Pius XIII felt the need to counter-balance what was thought to be evils in the world – Socialism and Communism. While similar, the two are not the same. But all that’s a discussion for another day.

As a Catholic, I see the downside to Church dominance, yet I choose to embrace all the good that is found within my faith. When the church was faced with Communism, she turned to Saint Joseph. After all, he is the patron saint of carpenters, builders, laborers, fathers and social justice. From the perspective of the church, Saint Joseph was the obvious Godly choice to counter atheism that is so prevalent in Communistic ideology. I’m not here to argue the virtues of this decision. I’m here to honor a saint.

Saints are a very good thing. Saints are people, just like you and I. They have no super powers. They simply choose to surrender their will to the will of God. Anyone can be a saint, or at the very least strive to become a saint. It means putting others ahead of yourself. It means giving thanks to God for blessings and struggles alike. It means singing the praises of the Lord from the mountaintops of life and lowly valleys.

Often when I think of Saint Joseph, I think of the Sisters of Loretto and the miraculous staircase in Santa Fe. In 1873, a chapel, Our Lady of Light, was commissioned to be constructed in Santa Fe. In 1878, the chapel was completed without staircase leading to the choir loft. The chapel was far too narrow to accommodate a standard staircase, and it was thought the sisters could use a ladder to reach the loft. This wasn’t very practical given the age of some of the sisters and the cumbersome habits they all wore.

Craftsmen and experts, architects and engineers of the time studied the problem, but no solution seemed forthcoming. The sisters saw this as a test of faith, and began a novena to Saint Joseph. The sisters believed he would inspire an answer.

On the final day of their novena, a visitor arrived with only his donkey and a few woodworking tools. He said he had a solution, but that he needed to work alone, in complete privacy. Just as the man appeared, he was gone without accepting any form of payment for his labor. The spiral staircase he left behind is a mystery. Its beauty and structure defy explanation even today. Many believe the stranger to be Saint Joseph and the staircase he build to be a miracle.

I am one of those believers. To celebrate this day, to honor Saint Joseph and the miracle in Santa Fe, this seemed the perfect dish to share.

Heat oil in a large Dutch oven or large stockpot over medium heat.

In a wide, shallow dish, spread out flour. Dredge pieces of pork, turning to coat while shaking off excess flour.

Once the oil is hot, cook coated pork until nicely browned, about 6 minutes. Add onions and garlic, continue to cook, stirring often, until onions are soft.

Add diced tomatoes, green chilies and 2 tablespoons of fresh cilantro to the pork stew. Stir to combine. Bring to a low boil. Reduce heat, cover and simmer until port is tender and cooked through, about an hour.

Whisk cold water and cornstarch together in a small bowl; stir into the liquid in the Dutch oven and continue cooking until the sauce thickens, about 6 minutes or so.

Note: My favorite combination is 1 cup Mesa Corn Flour, 3 cups regular flour. It has a nice flavor, texture and consistency that is easy to work with when forming tortillas.

In a large mixing bowl combine flour, salt and baking powder. Stir everything together with a wooden spoon. Work in the lard using your finger tips until it disappears into the blend of dry ingredients.

Measure tap water into a two-cup glass measuring cup. Zap the water in the microwave for about a minute. Slowly add the water to the flour mixture as you stir to blend. Once all the water has been added, work the dough to form a large ball.

Place the dough out on a large piece of plastic wrap and form into a long, thick rope about 15 to 18 inches long, about an inch and a half thick. The dough should feel warm to the touch.

Wrap the dough and set aside for 30 minutes to rest.

While the dough is resting, cut squares of parchment paper to place between each tortilla. Depending upon the side of the finished tortilla you will need somewhere between 30 and 36 squares, give or take a few.

Depending upon the size of your tortilla press (if using) and the size you want your finished tortillas to be, when the dough has finished resting, cut it into equal pieces. I like mine small, hand-held size – a little larger than a street taco, but not a big burrito. Mine are cut into one-inch pieces.

Once cut, roll the pieces into a ball. Using the same piece of plastic warp, cover the balls and let rest 10 minutes.

To press the tortillas, place a piece of parchment paper on your press. Center a tortilla ball. Place a second piece of paper on top, press slightly with the palm of your hand. This will anchor the tortilla in place. Close the press, press down. Remove the tortilla, still between the papers.

Continue until all the tortillas are made. At this point you can use them or store them for later use. If storing, stack the tortillas into manageable stacks, about 5 or 6 per stack. Keep the paper between the tortillas, slide into a gallon size zip-lock bag. Close the bag almost all the way, press out excess air, then close tightly. Store flat in the refrigerator. When ready to cook, take out what you need and let the tortillas come to temperature before frying. About 10 to 15 minutes on the counter will do the trick.

If you don’t have a tortilla press, that’s okay. Place the ball between two pieces of paper. Flatten as much as possible by hand, then roll out with a rolling-pin.

To cook the tortillas, a heavy cast iron skillet or tortilla pan works best. Heat pan over medium-high heat. Spray with a little cooking spray. Fry tortillas, one at a time, until nicely golden, flipping several times as it fries. Stack cooked tortillas on a plate or in a tortilla dish until ready to serve.