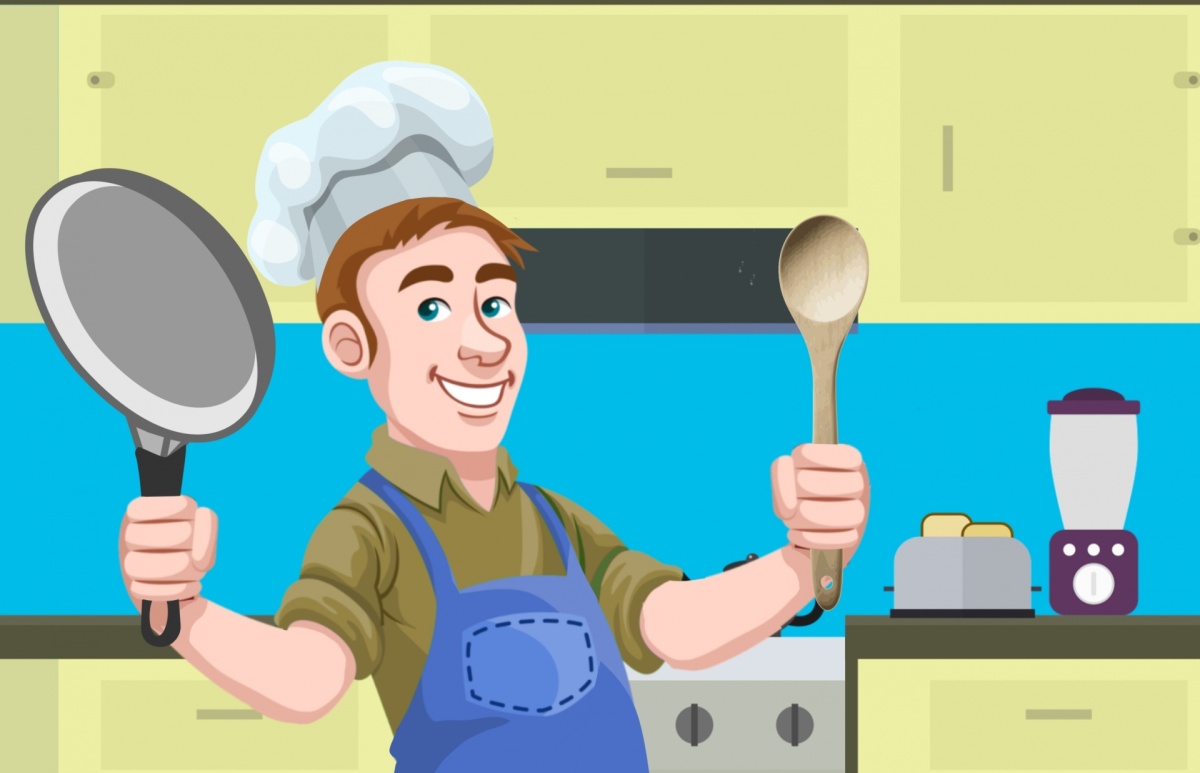 Welcome to the first Thursday of November. If you’ve been around for a while (thanks!), then you know that today is National Men Make Dinner Day. There are only five rules. The biggie is that the men must cook – no barbecuing, grilling or ordering take out is allowed.

END_OF_DOCUMENT_TOKEN_TO_BE_REPLACED 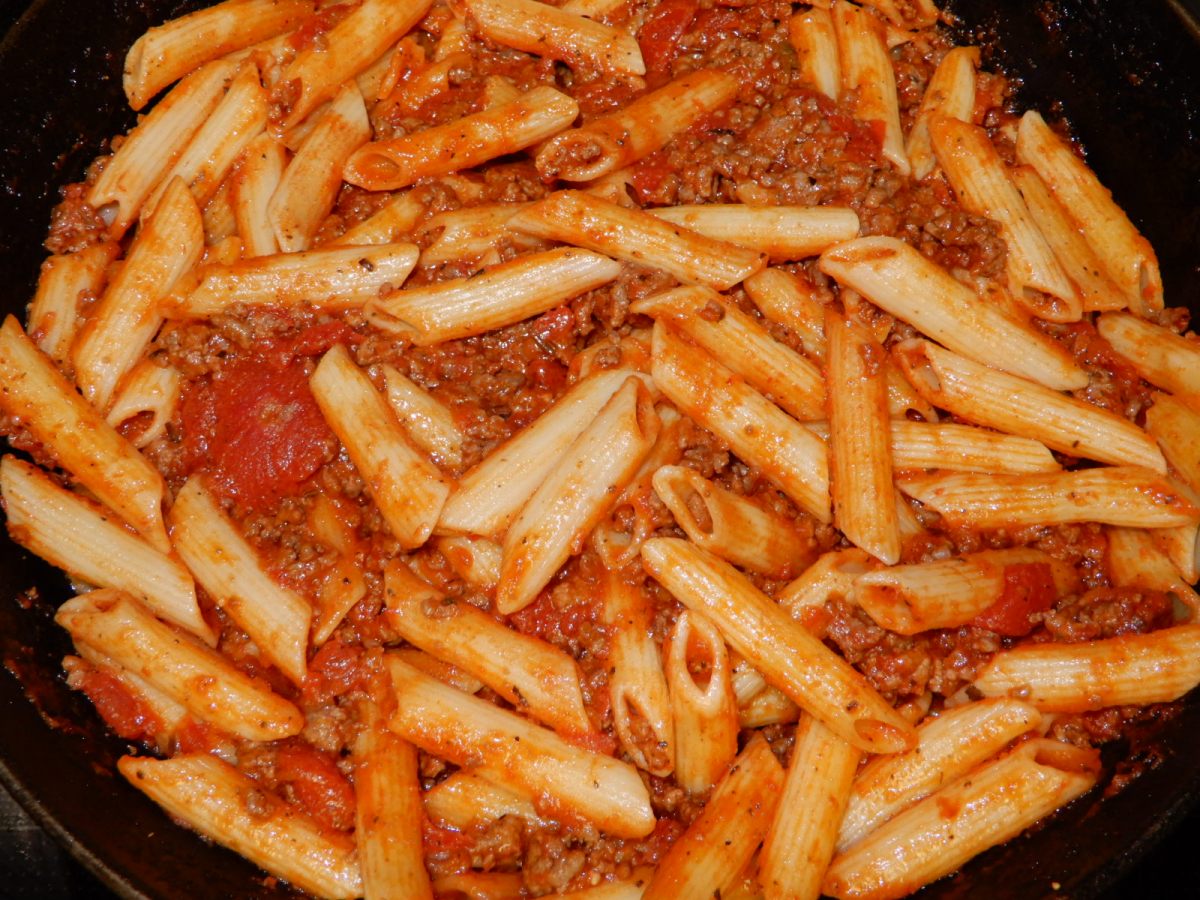 Seems I’ve been in a Penne State of Existence lately. Yesterday with our Slow-cooker Chicken Cordon Bleu, and now today with a family favorite – pasta in a meat sauce. The nice thing about pasta dishes is that left-overs warm up nicely for a second bite.

END_OF_DOCUMENT_TOKEN_TO_BE_REPLACED 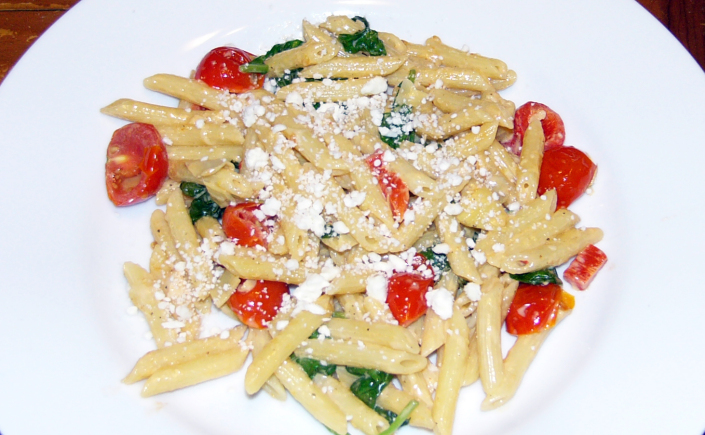 This recipe began with a recipe I picked up at eat-your-heart-out.net for Tomato, Pepper and Artichoke Pasta. Like any obedient cook, I read the recipe, gathered my ingredients and set about the task at hand – making a simple pasta for dinner. The recipe sounded wonderful, but as I was cooking and tasting, things changed – a little of this, a little of that and before I knew it I was completely off the page.

First off, the original recipe called for 1 clove of minced garlic. I’m a big fan of garlic, so I went for two.  And I pressed the garlic rather than mince it. I love my new garlic press – it’s larger than the old one, and the press comes apart, making clean up a breeze. The original recipe called for a tablespoon of olive oil in a pan to sauté the minced garlic in. Hum, the recipe also called for marinated artichoke hearts. So, I skipped the olive oil and poured a little of the marinate juice from the jar of artichokes into my sauté pan, then pressed the garlic directly into the warm pan. Instantly the kitchen filled with the wonderful fragrance of garlic – yeah – loving it already!

Having never made this recipe before, I followed all the rest of the steps as instructed. However; I know Hubby as I do, I could see that there wasn’t enough “sauce” in the sauté pan to satisfy him. So I added more wine to the pan along with some heavy cream and a little butter. Finally, the original recipe called for Feta Cheese to be tossed in at the end. Now I realize that the Feta would aid in a creamy finish of the sauce. Again, knowing Hubby (NOT a Feta Fan), I went for a blend of shredded Parmesan and Romano cheese instead. Feta was added table side. Hubby was happy, Kiddo and I got our Feta fix. Oh, and the original recipe called for two handfuls of baby spinach. I used three. The results were wonderful! Light, colorful and satisfying. Yeah, this was fun to make – and I strongly encourage you to play around a bit – be creative!

Bring a large pot of salted water to a boil. Cook pasta according to package directions. Drain, reserving a few tablespoons of the cooking water.

Meanwhile, heat marinade juice from artichokes in a medium pan over medium-high heat. Press the garlic into the warm juice, and cook for about 1 minute, just until the garlic is fragrant. Add the peppers, artichoke hearts, and half of the wine. Reduce heat to low and allow the wine to simmer for about 3-4 minutes, until reduced by about half.

Add the cherry tomatoes, spinach, butter and pasta to the pan along with the reserved pasta water. Pour remaining wine and the heavy cream into the pan. Toss together, allowing the spinach to wilt and the tomatoes to warm through. Add the Parmesan and Romano Cheese blend, toss again and allow the cheese to melt into the light sauce. If using (and I recommend you do), add a pinch of red pepper flakes. Season with salt and pepper to taste and serve with Feta on the side.