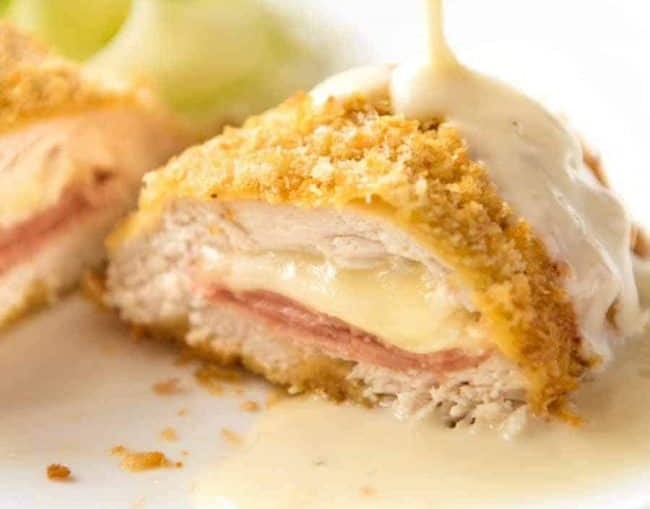 Hey There everyone. Happy National Battery Day, Crab Stuffed Flounder Day and National Wine Drinking Day. Also, it’s Presidents Day, so this day is jam-packed with reason to celebrate. As a Catholic, let me also wish you a happy Feast Day of Saint Bernadette Soubirous.

For those of you unfamiliar with Saint Bernadette Soubirous, she was the firstborn daughter of a miller from Lourdes, the eldest of nine children. In February 1858, when she was fourteen years old, Bernadette was gathering firewood with her sister, Maria, and a friend. Marie and their friend crossed a little stream in front of a grotto and walked on, leaving Saint Bernadette behind. She searched for a way to cross the stream without getting her stockings wet. Saint Bernadette was a sickly child and feared becoming ill if her stockings were wet. Finally she sat down to take off her shoes and stockings in order to cross. As she lowered her stockings, she heard the wind, but nothing moved. It was the first visitation of the lady. Neither her sister, Marie, nor their friend saw the vision.

Today the waters of Lourdes are said to be healing waters, and the site of the eighteen visions is a place of pilgrimage for many believers. Saint Bernadette’s visions were simple, with a call to prayer for the faithful and a need for true penance. While we accept these visions to be that of the Blesses Virgin Mary, Saint Bernadette only referred to her as “the lady” when sharing the messages she had received. It was during one of these visitations that the lady, when pressed for a name,  identified herself as “Qué soï era immaculado councepciou” – I am the Immaculate Conception. The lady is described as to have appeared in a dazzling light, as a small white figure wearing a white veil, with a blue girdle and with a yellow rose on each foot. 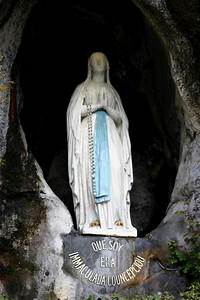 Cordon Blue is a French term, literally translated as “blue ribbon”. Many who celebrate this feast day with a meal center their menu around Chicken Cordon Bleu in honor of the Lady.

Heat oven to 400 degrees.Spray a rimmed baking sheet with a little oil and set aside.

Spread breadcrumbs in a pie pan or baking pan. Spray crumbs with oil. Bake for 3 minutes or until golden.

Removed toasted breadcrumbs from the oven, empty into another pie pan or shallow bowl.

Cut a pocket into each chicken breast. Set chicken aside.

Fold the cheese in half and place 2 pieces of cheese inside each chicken pocket.

Fold ham slices in half. Tuck ham into the pockets just under the cheese.

Sprinkle chicken with salt and pepper.

In a shallow bowl, beat eggs with flour.

Dip each breast into the egg mixture, then dredge in the breadcrumbs and arrange on the prepared baking sheet.

Bake chicken breasts for 25 minutes or until golden brown and just cooked through.

To serve, remove the toothpicks, and serve with the Dijon Cream Sauce in a gravy boat on the side.

Melt butter over medium heat in a small saucepan. Add flour and cook for 1 minute.

Add half the milk and whisk until the flour mixture is blended in.

Add remaining milk, mustard and cheese. Cook for 3 minutes, whisking constantly, until thickened. It will thicken as it cools.

Remove from heat, add salt and pepper to taste. Serve with chicken.