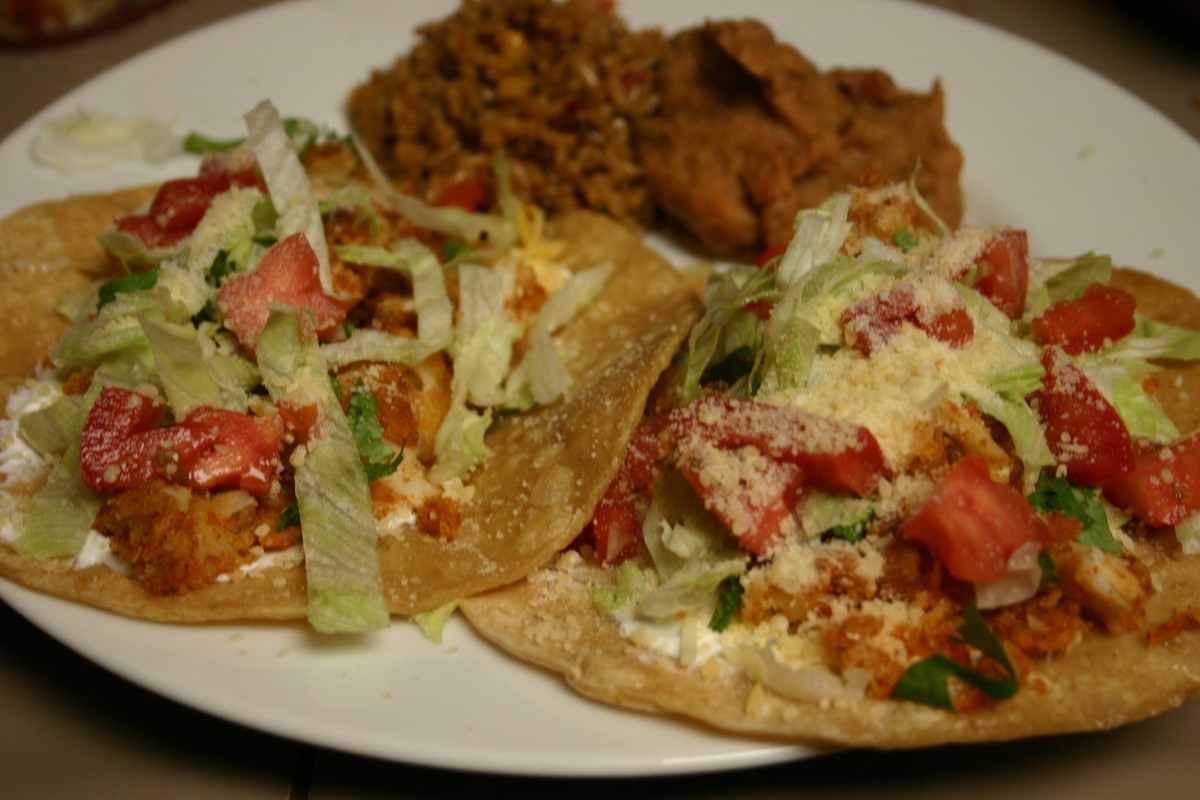 I think I’ve mentioned it a time or three, but Hubby loves his Mexican Foods. Darn near anything Mexican is delicious in his book. I’m really not sure where that comes from since he grew up in the Midwest, of German-Russian stock.

I need to give credit where credit is due. My cousin and I were chatting about Costco’s Breaded Codfish. She mentioned that she loved to make tacos using the frozen filets. Wow – I tend to cook the fish from scratch. How much easier is this? Tons easier!

If you don’t have a Costco, any thick breaded frozen cod filets will do. Just get them as “unflavored” as possible. You don’t want Lemon Pepper or Teriyaki flavored fish to challenge the taco spices.  It’s just a matter of baking the filets, then crumble the fish into a bowl, season well with taco seasoning and there you have it – fish tacos!

Bake Filets according to box directions. While fish is baking, get condiments and garnish ready. Shred lettuce, set aside. Chop tomatoes, set aside.  Warm tortillas, set aside.

When fish is cooked through, break it up in a bowl. Season with taco seasoning and toss to mix.

To serve, pass the tortillas, seasoned cod and garnishings for a build your own Fish taco.