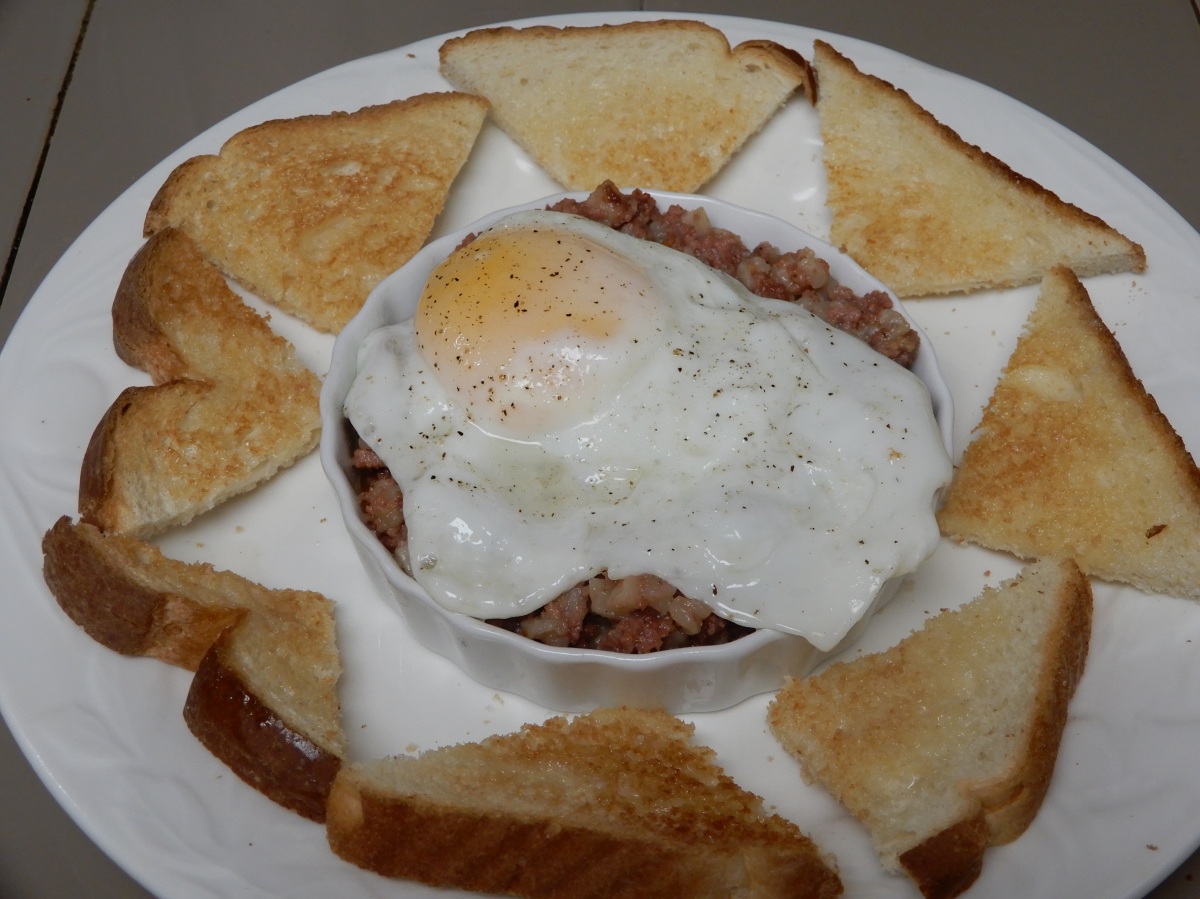 Corned Beef Hash has its roots in Colonial America. Corned beef was an important staple simply because it was preserved. Add diced potatoes, a few wild onions and you could feed a large family. Although Corned Beef Hash was popular with chuck wagons and railroad line dining cars as the country expanded, the first recipe didn’t appear in print until Fannie Farmer’s 1918 cookbook. It’s popularity faded over time, reassuring again during World War II and again in the 1950s when Hormel introduced canned Corned Beef Hash. What could be easier? Open a tin can, heat the contents and there you go.

I will admit, the first time I had Corned Beef Hash it came from a can. Let’s face it, using a can of Corned Beef Hash is beyond convenient. To make Corned Beef Hash from scratch first you need to cook the Corned Beef Brisket. That is one tough cut of meat and takes time to tenderize. Potatoes need to be diced, and onions and spices. Once the brisket is cooked and everything is diced, it’s then cooked together again. Time. Good hash takes time.

However, the hash straight from the can lacks flavors developed in scratch Corned Beef Hash. This can be overcome one of two ways. The first is to used canned Corned Beef – the meat only, not the canned hash. Shred the canned meat, then take it from there using your favorite hash recipe for potatoes, onions and spices. While not as time consuming as hash from scratch, it’s not as quick as heating up the hash in a can. That just leaves one other option. Inject the flavors of scratch cooking into the canned hash with onions and spices. It takes nearly no time and yet elevates the whole dining experience.

So yeah, you can have your cans and tasty food, too.

While the drippings warm, grate a little onion using the large holes in a cheese grater. Set onion aside along with its juices.

Empty corned beef hash into the skillet with 1 tablespoon bacon drippings. Stir in the shredded onion and juices. Spread hash evenly in the skillet. Season with Mesquite Seasoning and pepper to taste. Lower heat to medium, warm hash through.

Crack 1 egg at a time into a small bowl, gently place in the skillet with 2 tablespoons bacon drippings. Continue to cook over low heat until whites have set. Remove from heat, baste with drippings just until yolks have a white film. Season eggs with salt and pepper to taste.

While the hash and eggs are cooking, toast bread. Butter, keep warm until ready to serve.

Spoon hash into shallow ramekins, smooth top. Place an egg on top of each serving. Place ramekin in the center of each plate. Cut toast into points, arrange on plate around ramekin.

One thought on “Who Says You Cannot Cook from a Can?”